The Risky Strategy Behind Trump's Most Surprising Mueller Report Decision

Over the course of Special Counsel Robert Mueller’s investigation, Donald Trump and his attorneys have made expansive arguments for executive power.

They have claimed that by definition the president cannot commit obstruction of justice; that he can’t be subpoenaed or indicted; and that he could end the Mueller investigation at any time, fire Mueller and pardon key players in the investigation, including himself, if he wanted.

But when Mueller finished his work in late March, the White House declined to use one of its most basic powers to review the special counsel’s report and make assertions of executive privilege to keep portions of it from Congress and the public.

As he previewed the Mueller report on Thursday morning, Attorney General William Barr confirmed that Trump declined to assert executive privilege after White House lawyers reviewed the redacted version of the report.

“Following that review, the President confirmed that, in the interests of transparency and full disclosure to the American people, he would not assert privilege over the Special Counsel’s report,” he said.

Scholars say that decision was unusual.

“The waiver of executive privilege would be unprecedented for a modern presidency in its scope and depth,” says Jonathan Turley, a professor at George Washington University Law School who previously represented Barr. “The waiver is enormously significant since Trump could have claimed sweeping privilege and tied up the report in the courts for much of the remaining two years of his term.”

It could leave Trump exposed to potentially damaging information that could come out when the report is released, without having taken the opportunity to review it first or try to redact it with executive privilege. But it also means all the political heat for the report’s redactions will be focused on Barr instead of on the president and his lawyers.

Trump has long maintained that Mueller’s investigation into Russian interference in the 2016 election wouldn’t find any collusion between his campaign and Russians, and he stated publicly that he thinks the entire report should be made public. “Let people see it,” Trump said at the end of March. “That’s up to the attorney general.”

Read More: The 270 Arguments Trump Has Made About the Mueller Investigation

Days later, Barr sent two letters to Congress, one on March 24 which outlined Mueller’s principal conclusion that “the investigation did not establish that members of the Trump Campaign conspired or coordinated with the Russian government in its election interference activities.”

Trump claimed “complete and total exoneration” after Barr’s letter, and on March 29, Barr followed up and said that he wouldn’t be handing the report over to the White House for review. “Although the President would have the right to assert privilege over certain parts of the report, he has stated publicly that he intends to defer to me and, accordingly, there are no plans to submit the report to the White House for a privilege review,” Barr wrote. With the report due to come out on April 18, Barr has not announced any changes to this plan. Trump tweeted on April 6 that he has not read the report.

Part of the White House’s strategy might be to more forcefully and convincingly support the president’s quick claim of exoneration. “President Trump has called this a complete exoneration without seeing the report,” says Molly Claflin, chief oversight counsel at American Oversight. “And I think it is difficult for [the White House] to make heavy redactions and to assert the executive privilege widespread over the report while saying that this is a complete exoneration and there’s nothing to see here.”

In other words, it would be hard politically for Trump to argue the report exonerates him while also redacting large portions of it.

Certain aspects of the report will be redacted anyway. Barr is currently working to redact four categories of information from the text: grand jury material, information that could compromise sensitive intelligence sources or methods, details related to ongoing investigations and “information that would unduly infringe on the personal privacy and reputational interests of peripheral third parties.”

But there are some types of details or conversations Congress and the public may get to see that could have been redacted by White House lawyers but now may be left in the text.

Multiple sources cited former White House counsel Don McGahn’s reported cooperation with Mueller’s team as a key signpost of whether any executive privilege assertions are made. “Some of the most damaging information is likely to come from those interviews,” says Turley. “Those also happen to be interviews most easily protected under executive privilege.” So, if details about interactions between Trump and McGahn or other similar information remain in the public version of the report, that will be a telling signal that the White House opted for full transparency.

While the White House may have relinquished the opportunity to scrub certain details from the report, they have likely gained a political advantage in the immediate aftermath of the report’s imminent release. Congressional Democrats have already begun demanding the full, un-redacted report, and will be unsatisfied by any version of the document they receive that contains any blacked out portions. In previous weeks, it looked like this ire could have been directed at the White House.

Now, if the White House makes no assertions of privilege, questions about redactions will be entirely focused on the attorney general. Congressional Democrats are already putting considerable pressure on Barr over redactions.

“As a matter of law, Congress is entitled to the full report—without redactions—as well as the underlying evidence,” top House and Senate Democrats wrote in an April 11 letter to Barr. “We have asked reasonable questions and raised legitimate concerns about your handling of this report. So far, we have received no direct response, and you have made no effort to work with us to accommodate our concerns.”

If the White House really did waive executive privilege, and whether that will turn out to be a politically savvy or costly move, will begin to become clear only after the report is released on Thursday. On April 10 during congressional testimony, when asked about the level of detail he would leave in the report, Barr promised, “You will get more than the gist.” 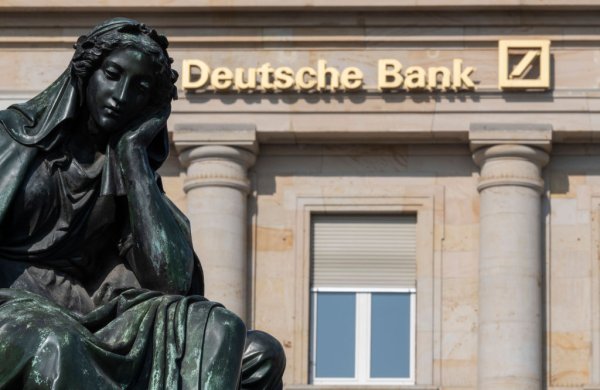