'Venezuelans Are Starving for Information.' The Battle to Get News in a Country in Chaos

A group of young Venezuelan reporters board buses to present the news, as part of a project to keep people informed in the face of what the opposition and the national journalists' union describe as censorship by the government of Nicolas Maduro.
Luis Robayo – AFP/Getty Images
By Ciara Nugent

The world’s media has rarely paid as much attention to Venezuela as it has in 2019. If you’re reading this and want to know more about the country’s crisis, a wealth of information is likely at your fingertips. Each new low in Venezuela’s economic collapse, which has left 9 out of 10 people unable to afford food, and each new twist of its political drama — as two men continue to claim to be president — has been documented and analyzed in painstaking detail across magazines, newspapers and TV screens.

But for Venezuelans inside the country, just finding out what’s going on around them has become a struggle.

As Nicolás Maduro’s authoritarian government has overseen Venezuela’s collapse into unprecedented economic and humanitarian crisis since 2014, it has tried to restrict citizens’ access to information. Most television is state-run, and authorities ban the few independent TV and radio stations from covering Venezuela’s crisis as it unfolds: in widespread power outages, food and medicine shortages, and protests led by the opposition. Unable to afford the paper to print on, newspapers and magazines have all but disappeared.

As a result, the Internet is the last place Venezuelans can turn for non-government sanctioned information. It’s also the opposition’s only way to organize — and that means it has become a key battleground in the fight for control of Venezuela. Authorities regularly block news outlets and social media or arrest critics who speak out online, while underfunded web infrastructure has slowed connection speeds to near unusable levels. But a network of activists and former journalists are fighting back. Creating underground news services on WhatsApp, and teaching the less tech-savvy to navigate restrictions, they are keeping information flowing around the country. “Most Venezuelans are in the dark, starving for information,” says Andrés Azpúrua, director of Internet freedom watchdog VE Sin Filtro (Venezuela Without Filter). “People are working really hard to get [it] to them.”

Venezuela's National Assembly head and self-proclaimed "acting president" Juan Guaido (C) speaks to the press after attending a mass in honour to the fallen in the fight for freedom, political prisoners and the exiled, at the San Jose church in Caracas on January 27, 2019.
Luis Robayo– AFP/Getty Images

Venezuela’s Internet freedom has been weakening for several years, with the country finally dropping from “partly free” to “not free” in annual reports by global democracy monitor Freedom House in 2017 – the year widespread protests broke out amid worsening living conditions caused by a drop in the global oil price and economic mismanagement.

But Azpúrua says censorship has “accelerated rapidly” since January this year, when Juan Guaidó, the leader of Venezuela’s opposition-held parliament, staked a claim on the presidency. Guaidó argued that Maduro’s second term, won in rigged elections in 2018, was invalid, and that the constitution mandated he take charge temporarily. Hundreds of thousands of Venezuelans rallied in the streets to show support for his claim, while the U.S. and 50 other mostly Western countries have recognized Guaidó as president. Maduro retains the backing of key allies Russia, China and Turkey and, crucially, of the Venezuelan military.

Venezuela is now subject to frequent information blackouts — periods of prolonged and widespread censorship that tend to occur precisely when the eyes of the world’s media are drawn to Venezuela. On the weekend of February 22, for example, as Guaidó supporters faced off with the military in an attempt to bring aid into Venezuela from Colombia, the dominant state-run internet service provider blocked Youtube and other streaming websites along with a number of domestic and foreign news outlets, according to VE Sin Filtro. Several online-only news broadcasters, which became a popular alternative to heavily censored television news during the 2017 protests, were blocked during the border face-off and have been inaccessible on most Internet service providers since.

Almost every time Guaidó livestreams a speech on Instagram, Youtube or Periscope, the site will go down precisely when he starts, Azpúrua says. Authorities used to block sites with simple DNS (Domain Name System) blocking; under orders from the government, Internet service providers stopped connecting users to requested sites. As more and more people began to use VPNs (Virtual Private Networks) to encrypt web traffic and stop it being intercepted, the government got more sophisticated, Azpúrua says, and started blocking VPN services too. “They haven’t won the war. But they’re definitely gaining ground.”

The most visible face of the movement fighting back against censorship is Caracas-based Luis Carlos Díaz. A tech journalist, radio host and self-described “child of the Internet,” Díaz has become known for advising his large online following on how to use alternative services or proxy servers, and what to do during information blackouts. In March, state television claimed one of his videos on information blackouts — released a few weeks before an actual electrical blackout cut power across Venezuela for several days — proved he was involved in a U.S.-backed cyber attack to bring down the electric grid. (Maduro has offered no evidence of U.S. involvement and experts at the Central University of Venezuela’s electrical engineering department have blamed a bush fire for triggering the collapse of the chronically underfunded grid.)

On March 11, four days into the blackout, intelligence agents stopped Díaz as he was cycling home and placed a hood over his head before bundling him into a car. He was taken to the Helicoide, a space-age building in south-central Caracas that over the last five years has become a notorious holding center for political prisoners. Intelligence agents detained him for 30 hours, while refusing to tell his wife and fellow journalist Naky Soto, who is suffering from cancer, if they had him in custody. Media and human rights organizations around the world, including U.N. human rights commissioner and former President of Chile Michelle Bachelet, demanded answers. Some thirty hours later, agents set free Díaz free, with orders to report back every eight days and not to talk about his case.

Venezuelan authorities regularly detain journalists, claiming that they have entered the country illegally or breached “security zones”, or citing a vaguely worded “law against hatred” passed in 2017. But journalists are not the only target. Last April, intelligence agents arrested three teenagers who used Facebook to invite friends to a protest, according to Human Rights Watch. In May, Pedro Jaimes Criollo, who runs a Twitter account tracking weather and aviation data, disappeared for 33 days after he shared the route that the presidential plane was taking in a post about how few aircraft were flying. (The president’s route was already publicly available on air traffic sites.) Local media said in February that Jaimes Criollo was still in the Helicoide awaiting trial on national security-related charges.

By detaining social media users, even ones without apparently political motives, Díaz says officials are trying to prove their loyalty to those higher up the chain of command. “Everyone has their kind of quota of people to detain and then show to the regime, like a trophy,” he tells TIME, speaking over the phone from Caracas. “They can say “I have caught this conspirator, this terrorist.” It doesn’t matter to them if it’s true.”

Journalists are facing these kinds of risks for pitiful salaries. While a foreign correspondent working in Caracas for U.S. media may be making hundreds or thousands of dollars each month, Díaz says the average Venezuelan journalist earns just $5 or $10 working for an independent outlet. “It might not seem important, but it makes it really hard to do your job when you’re hungry all the time, or you can’t afford to buy medicine for your family,” Díaz says.

Still, many are determined to get information out there. “People are thinking outside the box to deliver the news to different communities,” Azpúrua says. One of the most eye-catching methods has been Bus TV, in which journalists stand on public buses, reading out headlines, holding a TV-like frame around their faces. The idea is partly to inform the public, and partly to protest censorship.

More practically, activists and journalists, some working in exile, have set up services like Información Pública to produce short audio news bulletins, distributed as WhatsApp voice notes or on SoundCloud. Other upstart news services, like ¿Qué está pasando? (What’s Going On?), share images of text that people can save to their phones for when the internet cuts out. These underground news bulletins are shared on “huge distribution lists,” Azpúrua says. “People who have signed up receive [the bulletins] and share them with their friends, and so on, so it goes viral.”

But, as in other countries where social media has become a source of news, it’s hard to prevent the spread of disinformation. According to Spanish newspaper El Confidencial, false stories have gone viral online about the military conscripting minors and about Russian troops arriving in Venezuela, praying on people’s fears over where the political crisis could go next. The widespread use of large WhatsApp groups to share news stories has facilitated this trend, analysts say, because the app’s encrypted and privately-shared messages don’t allow journalists or fact-checkers to see them and question inaccuracies. It also makes people more likely to read news stories on their phone, where it is harder to spot the signs of an illegitimate source. A similar phenomenon has taken place in India and Brazil, where WhatsApp is also commonly used to share news.

It’s not clear who is behind the false stories. Some of them may be created by opposition groups, while others, Díaz says, come from the regime. “The government has created its own teams, parallels of [offline pro-government gangs] the colectivos, for sharing false stories,” he says. The aim isn’t only to manipulate people with pro-government stories, but also to generally discredit the few remaining news outlets that claim to be credible. “It muddies the waters. It’s a very sophisticated strategy.”

The cumulative impact, Díaz says, is a population in the dark – a boon for the regime. “If people can’t access information, it makes them feel isolated, like all their problems are just individual. That makes them less likely to protest,” he tells TIME, adding that the smaller and more localized the unrest is, the easier it is for the regime to contain it, and resist demands for change. “It’s a terrible setback for our democracy.” 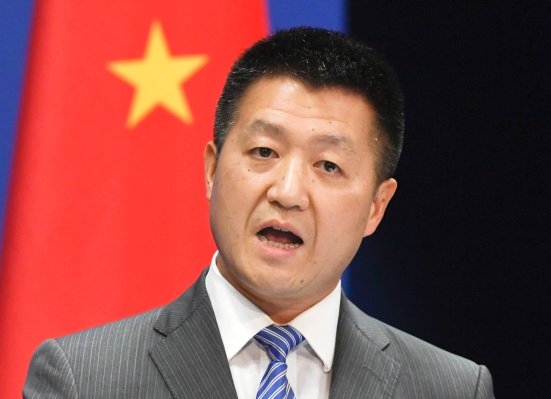