'Mr. Pompeo, You Can Stop.' China Refutes 'Despicable' U.S. Criticism of Its Involvement in Venezuela

According to the South China Morning Post, Lu Kang, a spokesman for China’s Foreign Ministry, said during a press conference Monday that the U.S. was spreading lies and slandering China.

“The words and deeds are despicable. But lies are lies, even if you say it a thousand times, they are still lies. Mr. Pompeo, you can stop,” he said, according to the Post.

The remarks come in response to comments Pompeo made while visiting Latin America last week, when he said that Chinese intervention had “helped to destroy” Venezuela.

China is one of Venezuela’s largest trading partners and largest creditors.

Lu also criticized the U.S. for its interference in Latin American affairs. “The Latin American countries have good judgment about who is their true friend and who is false, and who is breaking rules and making trouble,” Lu said, according to the Post.

Nicolas Maduro, who was elected as President of Venezuela in 2013, was re-elected in 2018 in an election dogged by allegations of vote rigging and voter suppression. The country has been locked in a political standoff since Juan Guaido, the head of the National Assembly, declared himself the interim president in late January in response to what he called a power vacuum left by Maduro’s illegitimate second term.

The U.S. and several other Western nations have recognized Juan Guaido as Venezuela’s leader, but several countries including Turkey, Iran, Russia and China remain firmly behind Maduro.

Venezuela has been rocked by protests and daily life has been interrupted by food shortages and sweeping blackouts. 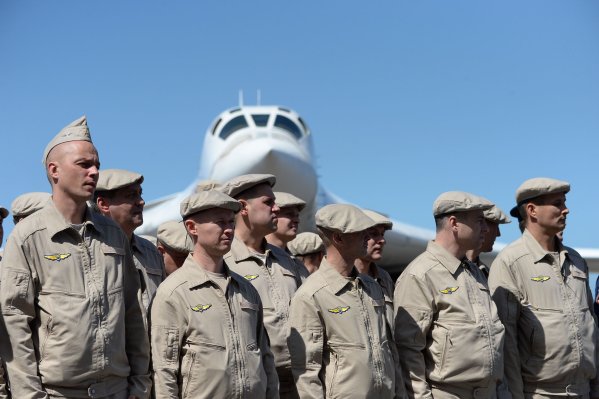 The Quick Read About... Russia's Presence in Venezuela
Next Up: Editor's Pick