According to Twitter, Bran Stark was the top trend during the season 8 premiere of Game of Thrones on Sunday night and for those who watched the Three-Eyed Raven level his stoic and preternaturally calm stare on just about everyone in that first episode, it’s not hard to see why.

In every interaction, from seeing his long-lost brother Jon Snow to encountering Jaime Lannister, Bran keeps a stolid, if bland stare fixated on everyone he meets and speaks to, notably unruffled, even as he predicts the urgency of demise for many — an energy that some might find disturbing, but that many on the Internet found to be downright hilarious. In fact, in spite of lots of other exciting developments for the main players in Westeros (Jon Snow finding out who his true father is! Drogon getting jealous about Jon and Daeny’s makeout! Jon’s emotional reunion with Arya!), it seems that the thing that most captured the interest of the Internet, was Bran’s unemotional visage, which became the ultimate meme of Westeros by the end of the finals season’s first episode.

While the fate of Bran and the rest of the Starks as is unclear as Game of Thrones draws to a close, here are some of the best Bran memes to keep you smiling as the White Walkers come inevitably closer.

While others saw his observant nature as an interest in the tensions around him. 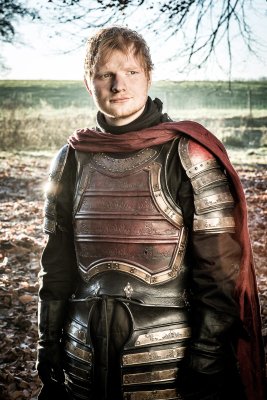 Here's What Really Happened to Ed Sheeran on Game of Thrones
Next Up: Editor's Pick