Measles Cases Are Still Rising in the U.S. But They're Even Higher Globally

The number of measles cases reported around the world has roughly tripled since last year, according to preliminary data from the World Health Organization (WHO).

The Centers for Disease Control and Prevention (CDC) on Monday also released updated figures for domestic cases of measles. There have been 555 confirmed cases in 20 states so far in 2019 — almost 100 more cases than last week, and only about 100 less than the record-setting 667 cases recorded in 2014. There were more measles cases that year than in any since the disease was declared eliminated in the U.S. in 2000, and the U.S. is on pace to surpass that number this year.

Measles is a highly contagious virus, but it can be easily prevented with the measles, mumps and rubella (MMR) vaccine. The rising tally in the U.S. is concerning because it suggests that pockets of vaccine skepticism are allowing the preventable illness to creep back. But vaccination rates in the U.S. are still quite high, and the domestic outbreak pales in comparison to some in other countries. The WHO says outbreaks are underway in the Democratic Republic of the Congo, Ethiopia, Georgia, Kazakhstan, Kyrgyzstan, Madagascar, Myanmar, the Philippines, Sudan, Thailand and Ukraine, “causing many deaths — mostly among children.” Vaccination rates have traditionally been low in many of these countries, due in part to low access to vaccines.

In 2017, the most recent year with estimates available, measles killed about 110,000 people worldwide, the WHO says. That’s far fewer than even a couple decades ago, but the WHO warned in a report last year that gaps in vaccination coverage worldwide are allowing case counts to spike across the globe.

The WHO estimates that coverage from the first dose of the MMR vaccine is at about 85% worldwide, short of its goal of 95%. Even fewer people get the second MMR dose, with coverage at about 67% globally. 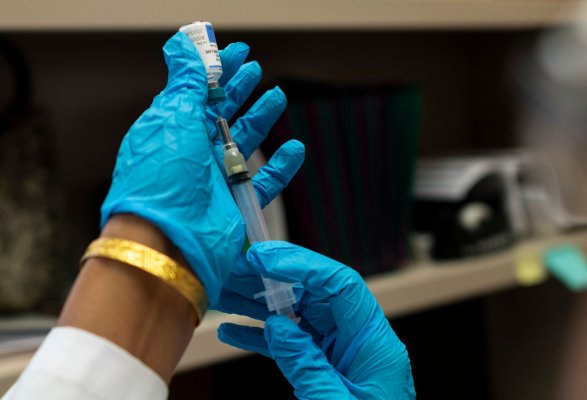 New York City Is Requiring Some Residents to Get Vaccinated Against Measles. Is That Legal — And Ethical?
Next Up: Editor's Pick