Here's What Will Be Redacted in the Mueller Report

By Tara Law and Mahita Gajanan

Special Counsel Robert Mueller‘s report on Russian interference in the 2016 election is expected to come out Thursday morning, but not all of it will be made public.

To the frustration of many Democrats in Congress, parts of the 400-page report will be redacted by Attorney General William Barr.

In a four-page summary of the report released in March, Barr wrote that Mueller found no evidence of conspiracy between Russia and the Trump campaign and declined to make a recommendation on the question of whether the president committed obstruction of justice.

Barr and Deputy Attorney General Rod Rosenstein then added that they had concluded that Trump did not obstruct justice.

A fight is already underway for lawmakers to get the material that was redacted. House Democrats on April 3 voted to authorize the issue of a subpoena for the full Mueller report, along with underlying documentation. Barr, who spoke before a Senate Appropriations subcommittee on Wednesday, said he intends to share with Congress some of the redacted information, the New York Times reports. Lawmakers are still pushing for the release of the report in its entirety.

Here’s what to know about the Mueller report redactions.

What has Attorney General William Barr said he will redact?

In his letter to Congress in March, Barr said he was reviewing Mueller’s report to redact information in four categories, including grand jury material, material that could compromise sensitive intelligence sources or methods, information that could affect other ongoing investigations and information that could infringe on the privacy and reputation of “peripheral third parties.”

It’s unclear what information having to do with Trump will be redacted from the report.

Nick Akerman, a former Watergate prosecutor, told TIME that some of the information in the report should be redacted because of national security concerns or because it relates to ongoing investigations, but he believes other information is being excluded improperly. However, he argues that all information should be provided to the House Judiciary Committee unredacted.

“There’s absolutely no excuse for this,” Akerman said. “They’re trying to hide it because they know that this summary that Barr released in this four-page letter was just a part of a flimsy excuse to give Trump cover to go argue that he’s been exonerated.”

But other lawyers have argued that Barr is right to follow typical procedures within the Justice Department for publicly releasing information about an investigation. Jonathan Turley, a law professor at George Washington University who has previously represented Barr, says the attorney general is acting within his bounds in redacting information from the report.

“He must redact,” Turley says. “The portrayal that this is some type of rogue conduct by the Attorney General is rather fallacious. The fact is, he can give certain information to Congress under seal.”

What grand jury information will be redacted?

One major question is whether information from the more than 2,800 grand jury subpoenas issued by Mueller’s investigators should be shared with the public. Under rule 6(e) of the Federal Rules of Criminal Procedure, testimony and other information considered by grand juries is supposed to remain confidential.

If Barr interprets the rule strictly, that could mean a substantial portion of the report is redacted.

In the letter to Congress, Barr said that he would remove information related to grand jury proceedings and other investigations, although he also promised to “release as much of the Special Counsel’s report” as he can.

The legal community is divided on the question of how much the usual rules of grand jury secrecy should apply in the Mueller report.

Ken Starr, who investigated President Bill Clinton as an independent counsel, has argued that grand jury secrecy should be “scrupulously maintained” even if Barr chooses to release as much other information as possible.

But there are also legal arguments that the standard should not be as strict in this circumstance. During the Watergate scandal, U.S. District Judge John Sirica ruled that the House Judiciary Committee should have access to grand jury material because under the circumstances it was acting as “simply as another grand jury.”

A group advocating for journalists has asked a judge to rule that officials do not need to withhold grand jury material in the Mueller report.

What information related to ongoing investigations will be redacted?

Other information will be redacted from the report because it is related to ongoing investigations. That could be substantial, since several investigations on related matters are still open.

Among other things, longtime Trump associate Roger Stone faces charges of witness tampering and lying to Congress about his communications with WikiLeaks during the 2016 election; payments Trump made to a adult film star to stay quiet about an affair are being investigated by federal prosecutors; and donations to Trump’s inauguration committee are under investigation.

Read More: Here Are the Other Investigations Trump Still Faces

Other potential redactions will come in Barr’s effort to protect “peripheral third parties” in the investigation. The Justice Department typically keeps private the names of people involved in investigations unless they face indictment. Barr has said that practice will apply in releasing Mueller’s report.

“Just because some peripheral people were involved, that’s not a basis to hold back information under grand jury secrecy,” he said.

What have Democrats said about the redactions?

Democrats have requested the full report, without redactions, saying that Congress is entitled to it as a matter of law.

“We require that information in order to discharge our constitutional obligations: to develop and pass legislation and to conduct the oversight of the Executive Branch,” House and Senate Democrats wrote in a letter to Barr on Thursday. “These responsibilities are most acute where they involve the alleged misconduct of the President of the United States.”

House Judiciary Committee Chairman Jerrold Nadler, a Democrat, told reporters this week, “We’ve been doing everything we could for the last weeks and weeks to try and reach an accommodation with the attorney general under which we would see the report and the underlying evidence.”

Now, Democrats are gearing up for a fight. This week, they authorized Nadler to issue a subpoena for a full copy of the report without any redactions. Nadler has said he will issue a subpoena in “short order,” though he has not given a specific timeline for when that would occur, Politico reports.

Can Trump claim executive privilege to block the release of the report?

One major question was whether the White House would attempt to use executive privilege to keep certain parts of the report from public view.

But in the March letter, Barr said that he had no plans to submit the report to White House lawyers for an executive privilege review, indicating that Trump had decided to waive it. 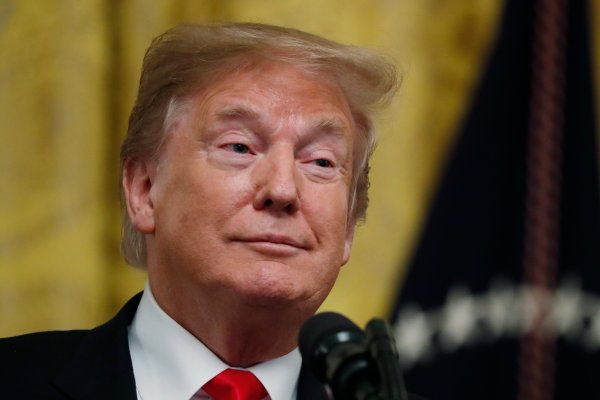 Did Trump Obstruct Justice? Here's What Former Prosecutors Think
Next Up: Editor's Pick