An Herbal Drug Called Kratom Has Been Linked to Almost 100 Overdose Deaths, the CDC Reports

Kratom, an over-the-counter substance often marketed as a health supplement for pain relief, was found to be a cause of at least 91 overdose deaths in the U.S. between 2016 and 2017, according to a Center for Disease Control and Prevention (CDC) report published Friday.

The figure is more than double a Food and Drug Administration (FDA) estimate of 44 known deaths associated with kratom since 2011.

The CDC’s study examined more than 27,000 overdoses in 27 states from July 2016 and December 2017. In seven of the 91 cases in which kratom was determined to be a cause of death, the drug was the only substance to test positive in a toxicology report, though additional substances could not be ruled out.

Kratom use has increased in recent years, according to the CDC.

The kratom plant is grown in Southeast Asia, where it is considered a natural health treatment for common maladies like fevers and coughs.

When consumed, kratom acts as a stimulant and produces opioid-like effects. In the U.S., it’s been touted as an alternative to opioid painkillers and even an effective way to help people overcome opioid addiction. Last year, however, the FDA said kratom contains the same addictive, potentially dangerous chemicals found in opioids.

While kratom is not a scheduled controlled substance, the FDA issued a warning in November 2017 advising consumers not to use the drug due to fears that it could expose users to risks of addiction, abuse and dependence. The Drug Enforcement Administration (DEA) has also identified it as a “drug of concern”.

In approximately 80% of the kratom-positive and kratom-involved deaths studied by the CDC, the deceased had a history of substance abuse, with fentanyl and heroin among the most common drugs also consumed.

Last year, kratom was linked to a salmonella outbreak that affected 41 states. A total of 199 people were infected and 50 were hospitalized. 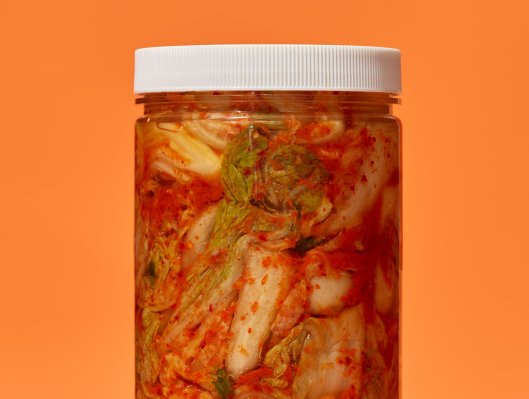 Here's Everything You Need to Know About Gut Health
Next Up: Editor's Pick