Reuters journalist Wa Lone (C) leaves a district court in Yangon on July 9, 2018 after being charged with another journalist Kyaw Soe Oo under the Official Secrets Act for illegally obtaining classified military documents that exposed extrajudicial killings of Rohingya Muslims by the military in Rakhine State.
Kyodo—Kyodo
By Wilder Davies

Two Reuters journalists who are currently serving seven-year prison sentences in Myanmar are to be awarded a prize for press freedom by the U.N.’s cultural organization.

The 2019 UNESCO/Guillermo Cano Press Freedom Prize, which honors the defense and promotion of press freedom, is being awarded to Wa Lone and Kyaw Soe Oo as a tribute to their courage and commitment to freedom of expression, according to a press release from UNESCO. The two journalists had been working on stories about a military crackdown and alleged human rights violations in Rakhine state in Myanmar when they were arrested. They were also named as TIME’s Person of the Year, along with three other journalists and a news organization, last December.

Wa Lone and Kyaw Soe Oo were first detained by authorities on Dec. 12, 2017, on the grounds of possessing classified state documents by the Myanmar government. The arrest has been largely condemned as a set-up by police in retaliation for their investigation of the massacre of Rohingya people in Rakhine State at the hands of Myanmar military forces. The two men had been invited to dinner in the former capital of Yangon by police forces, where they were presented documents and immediately detained. Wa Lone and Kyaw Soe Oo were detained for 265 days before they were sentenced to seven years in prison for violation of the Official Secrets Act, an archaic law dating back to the colonial era.

Their investigation was published by Reuters while they were awaiting trial in February 2018, and included graphic photography and detailed accounts providing evidence that state security forces were implicated in carrying out extrajudicial killings of 10 Rohingya at the village of Inn Din. The Myanmar government has been accused of ethnic cleansing and genocide of Rohingya Muslims by the U.N. and various human rights organizations since 2016.

Particular scrutiny has been placed on State Counsellor Aung San Suu Kyi, a former Nobel Peace Prize winner who since been condemned for her inaction regarding the Rohingya crisis and for the withering of press freedom that has occurred under her leadership.

The UNESCO/Guillermo Cano World Press Freedom Prize was created in 1997 and is awarded to a laureate who is “nominated by an international jury of experts,” UNESCO spokesperson George Papagiannis tells TIME. It is awarded to an individual or organization who has “made a notable contribution to the defense and/or promotion of press freedom anywhere in the world, especially if risks have been involved,” he adds.

In the press release, president of the jury Wojciech Tochman explained the decision to honor Wa Lone and Kyaw Soe Oo, stating the choice “pays a tribute to their courage, resistance and commitment to freedom of expression,” and that the men “symbolize their country’s emergence after decades of isolation.”

The award will be presented on UNESCO’s celebration of World Press Freedom Day in Addis Ababa on May 2. According to Papagiannis, the organization hopes to present the award to family members of the imprisoned journalists in their absence. 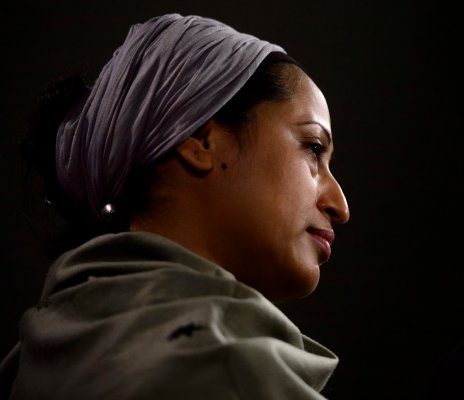 Meet the Woman Documenting Sexual Violence Against Rohingya
Next Up: Editor's Pick