The president’s critics say that he did. The attorney general and deputy attorney general say he did not. Special Counsel Robert Mueller’s team was reportedly split on the question. And legal experts say it’s not an easy call either way.

There’s little question about some of the basic facts: Trump fired FBI Director James Comey, dictated a misleading statement to the New York Times on behalf of his son and made a series of tweets and public statements attacking prosecutors, threatening potential witnesses and praising allies during the investigation into Russian interference in the 2016 election.

But the legal debate centers on whether Trump had “corrupt intent,” a term of art meaning that he intended to impede or thwart the investigation when he took those actions.

Legal scholars and experts tell TIME that proving corrupt intent is difficult because prosecutors are required to establish the person’s motives beyond a reasonable doubt.

Take the firing of Comey, which Trump told NBC News was motivated by his handling of “this Russia thing.” That may not be enough to establish intent, according to Mimi Rocah, Pace Law School’s distinguished fellow on criminal justice.

“You can have other possible motivations for firing Comey,” she explains. “It’s what he says all the time — that the investigation was a ‘political witch hunt,’ that he doesn’t like it — not because he was actually concerned they would find something in the investigation.”

Read More: The 270 Arguments Trump Made About the Mueller Probe

But, Rocah says, that doesn’t mean that Trump is off the hook, at least until the Mueller report comes out on Thursday. “We’re not privy to the other evidence, or what other statements he made in private or public,” she says.

Rocah adds that Attorney General William Barr’s current explanation for why Trump did not obstruct justice may be constructed on “flimsy” legal grounds. She says Barr’s argument appears to hinge on the idea that because Trump made statements and took actions publicly, he did not have corrupt intent because he was not trying to hide anything. But that’s not necessarily legally sound reasoning, Rocah says.

If it turns out that Trump dictated a misleading statement from his son, Donald Trump Jr. regarding a 2016 meeting with Russians in Trump Tower, as he allegedly did, and that he did so with the intention of misleading investigators, then that could amount to “corrupt intent.” The same is true of Trump’s robust collection of tweets commending or condemning witnesses involved in the investigation. If Mueller’s team revealed evidence that Trump used those tweets to intentionally derail the investigation, a prosecutor could potentially prove that he was acting with corrupt intent.

“Trump doesn’t care,” Rocah says. “He does and says things all the time that certainly people could take great issue with, and could even cross criminal lines, and because there are no consequences to it, he doesn’t care. You can’t assume the normal interpretive rules apply here.”

In a summary of Mueller’s report sent to Congress, Barr said “most” of the evidence regarding obstruction of justice has “been the subject of public reporting.” (A senior Justice Department official also corroborated Barr’s account, telling TIME in March that much of the evidence is already known from news reports.)

At any rate, it’s unlikely that criminal charges will follow Trump on obstruction of justice, experts say. Beyond the difficulties of proving corrupt intent, Trump likely would not be indicted under long-standing guidelines from the Department of Justice that prevent such actions against sitting Presidents. Where Trump could run into trouble is if Congress decides his actions were grave enough to be impeachable.

Philip Bobbitt, a constitutional theorist and professor at Columbia Law School, says pursuing impeachment against Trump on obstruction is a “little more forgiving” for Congress than it is for everyday prosecutors. When it comes to a criminal case, a prosecutor would have to prove criminal intent. But impeachable offenses don’t necessarily constitute a crime, Bobbitt adds, and a prosecutor does not have to show the president had malevolent intent in his actions. Trump could have obstructed justice without intending to to do anything criminal and that could still be an impeachable offense.

“He could just be feckless or stupid, or may have had another intent,” Bobbitt says.

Under the Constitution, the standard for impeachment is treason, bribery, other high crimes or misdemeanors, not all of which are well-defined, according to legal analyst Ross Garber, who teaches impeachment law at Tulane University. The release of Mueller’s full report may provide the evidence lawmakers need to determine whether Trump’s actions were egregious enough to require impeachment.

But if House Democrats decide to pursue impeachment, they would need to be able to explain why Trump’s actions were impeachable, even if they did not amount to a crime, Garber says, and that could be tricky politically.

“We’ve never removed a President, but in two of the serious impeachment attempts, the Congress has looked closely at conduct that amounts to obstruction of justice or perjury as potentially impeachable offenses,” he adds.

House Speaker Nancy Pelosi has not taken the possibility of impeachment off the table, though she warns that such a decision would not be taken lightly because it would be deeply divisive.

“The fact is the President has engaged in activities that are unethical, un-American. … In every way he is unfit to be the President of the United States,” Pelosi told the Associated Press. “Is that an impeachable offense? Well it depends on what we see in the report. I set a very high bar for impeachment because I think it’s very divisive in the country and one of our purposes is to unify.” 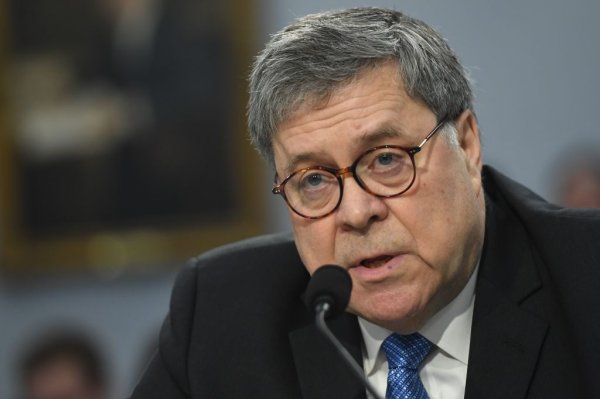 Here's What Will Be Redacted in the Mueller Report
Next Up: Editor's Pick