Traveling in space looks like all kinds of fun, and in a lot of respects, it is—provided you can overlook a few downsides. There’s the loss of muscle mass, for one thing. Then there’s the decalcification of bones and the stress on the heart and the damage to the eyes and the changes in the immune system and the disruption of the genome and an actual shortening of your overall life expectancy.

It was, in part, to study all of those biological problems that astronaut Scott Kelly spent 340 days in space from 2015 to 2016 (chronicled in TIME’s Emmy-nominated series A Year in Space). Now, just over three years after his return, the first tranche of studies into Kelly’s off-world marathon has been published in Science. The results are mixed — Kelly fared better than expected on some measures and worse on others. The overall conclusion is less ambiguous: space travel is exceedingly hard on the human body, and we have a lot to learn before we’re ready to start living on the moon or Mars.

One of the things that made Kelly an improbably perfect specimen for the year-in-space study was that he has an identical twin brother, Mark Kelly. Both were NASA astronauts, both are generally fit and healthy and both, of course, share the same basic genome. Take two people with identical genetic software and put them in decidedly non-identical surroundings, and then compare them throughout the year and after. At least some of the differences in health will be attributable to the time spent one of them spent in space.

Some of the most important medical experiments involved cardiovascular health. Throughout the flight, Scott self-administered sonograms of his carotid and brachial arteries, and he regularly monitored his blood pressure and collected urine and blood samples. Mark underwent identical tests. It was the arterial monitoring that yielded the most striking results, with Scott’s carotid distending and thickening shortly after his arrival in orbit and remaining that way until four days after his return.

There was also a spike in circulating markers of inflammation, especially so called c-reactive proteins (CRP), which are predictive of cardiovascular problems. Paradoxically, it was less the stresses of spaceflight than the ones associated with the bucking, high-speed return to Earth aboard a Russian Soyuz spacecraft (which Scott has compared to “going over Niagara Falls in a barrel that’s on fire”) that caused some of the greatest problems, with CRPs increasing eight-fold from before he left the station to the time he landed. His levels did not return to baseline for 36 days.

His immune system took a hit too. The abundance and function of T cells and other immune components were more or less identical between the twins before Scott went aloft. But during his time in space, 50 of 62 measures of cytokines—interferon, interleukin and other immune system proteins—shifted dramatically.

“The changes we’re seeing are responses to stress,” said Michael Snyder, chair of the Department of Genetics at Stanford University, in a teleconference held two days before the release of the Science paper. “We have corresponding studies of people on Earth who remain relatively stable but when they hit a stress response their immune system just goes off.”

The good news was, Kelly’s immune profile returned more or less to baseline after he came home. The even better news was that in one study, in which both twins received flu vaccines during the mission, there was little difference between how their bodies responded, meaning that Scott’s immunological response remained sound even if his chemistry had gotten screwy.

The impact of space on the genome was even more dramatic—and it happened fast. “As soon as Scott got to space, a thousand genes began changing,” said Christopher Mason, an associate professor in biomedicine at Weill Cornell Medical Center, during the teleconference. “They included things that affect DNA maintenance and repair, as well ramping up the immune system when it’s needed.”

Among the genetic changes were what is known as chromosomal inversions (in which gene sequences actually reverse end to end) and transpositions (in which individual genes change position on the chromosome), both of which are known to be linked to space radiation. Not all of the changes disappeared—or at least not quickly—after Scott’s return.

Bailey is overseeing one of the most important parts of the twins study — that concerning life expectancy. That research mostly involves telomeres, the nucleic sequences at the end of chromosomes that protect them from damage the way a plastic aglet protects the tip of a shoelace. Over the course of a lifetime, telomeres gradually shorten, with their length closely associated with individual longevity.

For all of the hardships of living in space, Kelly’s telomeres actually—and unexpectedly—lengthened by an average of 14.5% when he got there. That’s an effect researchers on Earth have tried to achieve with telomerase, an enzyme that sustains and builds telomeres. But the results have been uneven, not least because trying to immortalize cells may cause them to proliferate uncontrollably—and malignantly. In space, however, the lengthening seems to come free of charge.

“That was very much a surprise to us,” said Bailey. “We’re seeking correlations that can explain how this is happening.”

But what’s free of charge in space comes at a price back on Earth. Almost immediately—within 48 hours of landing—Kelly’s telomeres reverted to baseline length and, worse, some were actually shorter than they had been before the mission.

“Do not think of telomere lengthening as a fountain of youth,” warns Bailey.

One respect in which Scott Kelly’s system changed less than the earthbound Mark’s involved his microbiome—the population of bacteria and other organisms that live in the gut. In space, the diet and the environment are more or less consistent, producing an unusually stable microbiome.

“Mark’s environment was much more varied,” said Bailey. “He travels around, he golfs, his diet changes, and that is a big difference.”

Most other results were a mix of good and bad. Kelly’s healthy breakdown and turnover of bone actually increased 50% to 60% during his first six months in space, but that tailed off during the second six, and his skeletal system resumed a normal replenishment rate only after he was back in a gravity environment. His performance on cognitive tests improved throughout much of the mission, but performance on tests designed to measure his ability to recognize emotions in other people declined. More troubling, in zero-g, about two liters of fluid shift from the lower half of the body to the upper half, leading to pressure on the optic nerve and changes in the shape of the eyeball and the integrity of the retina. Vision, not surprisingly, suffers in space, though again, signs of these so-called neuro-ocular changes largely abated when Kelly got home.

The sample group of people who have flown in space remains tiny, with a total of only 559 human beings ever having ventured above the atmosphere. Only three—all Russian cosmonauts—have been aloft more than a year. Kelly’s near-year is the record for an American. In the generations since the first crewed missions flew, we’ve gotten better and better at building the machines of space travel. But the biological machine that is the human body is not so amenable to redesign. Our species’ future beyond Earth rides on learning to protect that living system during its journeys — and after. 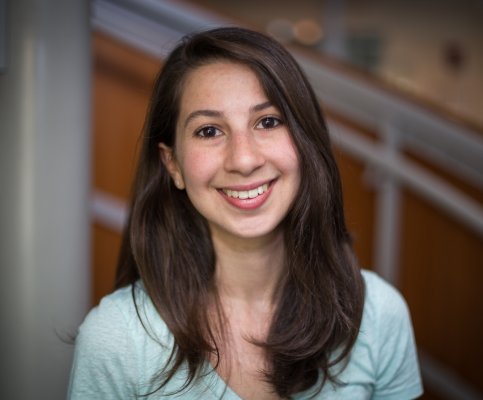 This Scientist Helped Make the First Black Hole Image
Next Up: Editor's Pick