Little Shows Marsai Martin Is a Comedic Star to Watch

Pretty in pink: Martin walks the talk in Little
Universal
By Stephanie Zacharek

But after Jordan berates a little girl who innocently tries to show her a magic trick, another kind of magic happens: she wakes up in the body of her 13-year-old self (Martin), and when she tries to live her life the usual adult way, she’s reminded that it’s virtually impossible to be taken seriously when you’re just a little punk.

There’s a reason grownup Jordan is so awful: as a brainy, science-oriented kid, bullied by her peers, she vowed that she’d grow up to be rich and make everyone else’s life miserable. Pint-size former adult Jordan, as played by Martin, is pure delight. She has the same haughty mannerisms as grownup Jordan, and the same sense of entitlement, but they do her no good. In one of the movie’s best and most cathartic sequences, April tutors her tiny-tyrant boss in old-school manners, demanding to be addressed as “Miss April, ma’am.”

Although Little bears some similarities to the 1988 kid fantasy Big, it’s a thoroughly modern comedy, one that lives comfortably with the idea that women can hold power and authority–though because they’re human, they can misuse it, too. And its costuming, by Danielle Hollowell, counts as pure visual comic artistry. Little Jordan is way too small for big Jordan’s luxe outfits, but she insists on wearing them anyway: And so we see small Jordan–her hair a mass of natural curls rather than a straightened businesswoman bob–flopping around in oversize striped silk pajamas, or strutting into the school she’s been forced to attend while wearing an expensively cut pink bell-bottomed pantsuit. The extra fabric may swamp her tiny frame, but it hardly cramps her style. She’s got room to grow, as both a woman and a girl. 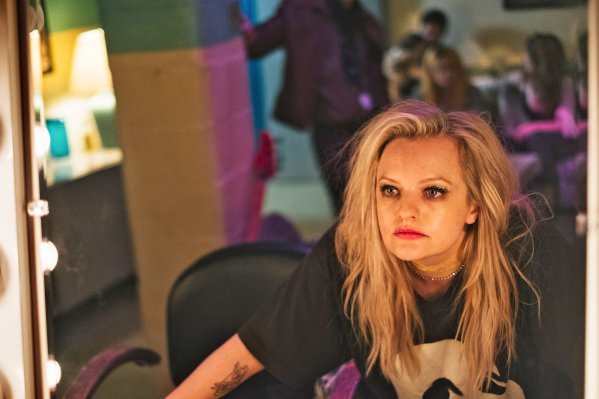 Elisabeth Moss Revives the Riot-Grrrl Vibe in Her Smell
Next Up: Editor's Pick