The continuing reign of King Bibi is all but guaranteed. Benjamin Netanyahu was on track to a record fifth term as Israel’s Prime Minister on April 10 after challenger Benny Gantz conceded defeat in what at first appeared to be a close contest. Both Netanyahu’s Likud and Gantz’s Blue and White parties won 35 seats in balloting a day earlier. What made the difference–a telling one–was the surge by the right-wing and religious parties that Netanyahu calls “natural partners” in a coalition that will hold a Knesset majority.

The outcome continues the transformation of Israel from a state dominated in its early decades by its leftist founding Prime Minister David Ben-Gurion to the country poised to see Netanyahu surpass him as its longest-serving Prime Minister.

The election, framed as a referendum on Netanyahu’s leadership, was prefaced by Israel’s Attorney General confirming in February that he would indict the incumbent on bribery, fraud and breach-of-trust charges, pending hearings. Fighting for his political life, Netanyahu rallied against Israel’s media and judiciary on the campaign trail. He was accused of incitement against the country’s Arab voters, just as he had been during the 2015 vote.

The charges did not hurt him with his base. In the final days, Netanyahu consolidated his right-wing support with a promise to embark on “the next phase to extend Israeli sovereignty” by annexing major Jewish settlements in the West Bank–fulfilling a long-held ambition of Israelis who see the occupied Palestinian territory as part of biblical Israel. Analysts suggest Netanyahu might now offer annexation up in a quid pro quo deal if right-wing parties agree to offer him immunity against indictment.

Such a move would formalize the death of the two-state solution that envisioned a Palestinian state alongside Israel and was undone by the second intifadeh, or Palestinian uprising. Annexation would be “devastating,” says Nimrod Novik, a former foreign policy adviser to Israel’s late Prime Minister Shimon Peres. Novik said it would fatally undermine the West Bank–based Palestinian Authority (PA), which wants to achieve its vision of statehood by political means instead of armed struggle, while precipitating “a very sharp rise in recruiting for Hamas,” the faction that advocates armed resistance and terrorist attacks. Saeb Erekat, secretary-general of the Palestine Liberation Organization, said Israelis had voted “no to peace and yes to the occupation.”

Netanyahu benefited from a White House that makes no pretense of neutrality. U.S. President Donald Trump has moved the American embassy to Jerusalem, recognized Israeli sovereignty over the Golan Heights and, on election eve, named Iran’s Islamic Revolutionary Guards Corps a terrorist group, a move that Netanyahu said he’d requested.

“The fact that Bibi won, I think we’ll see some pretty good action in terms of peace,” Trump said April 10, alluding to his promised “deal of the century.” The plan, which may finally be unveiled in coming weeks, is expected to offer economic incentives at the expense of Palestinian territorial claims. That approach abandons the central premise of the 1993 Oslo Accords–under which Palestinians would renounce violence in exchange for a state of their own–in favor of continued Israeli control over Palestinians. PA President Mahmoud Abbas has vowed to reject such a deal, amid fading hopes for a breakthrough.

Netanyahu’s win “diminishes to a bare minimum the prospects of a two-state reality, let alone a two-state solution in the foreseeable future,” says Gilead Sher, who served as chief of staff to former Prime Minister Ehud Barak, the last liberal politician Israel voted to lead it, two decades ago. 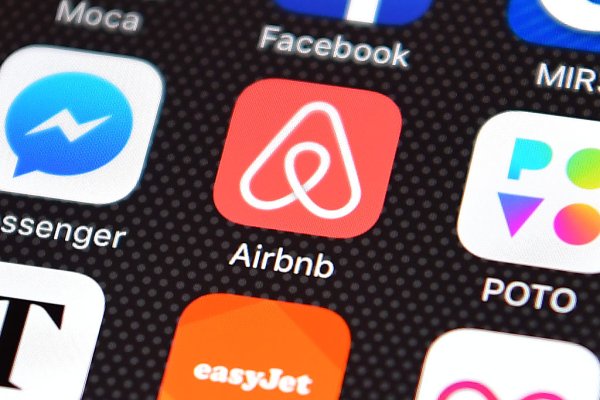 Airbnb Backtracks on Decision to Delist West Bank Rentals
Next Up: Editor's Pick