Lush U.K. Quits Social Media Because It's 'Tired of Fighting With Algorithms'

British cosmetics brand Lush announced this week that it will be quitting several social media platforms in the U.K.

“We are tired of fighting with algorithms, and we do not want to pay to appear in your newsfeed,” it said in posts on its Instagram, Twitter and Facebook accounts.

The company, best known for its colorful bath bombs and soaps, has amassed more than 570,000 Instagram, 200,000 Twitter and 400,000 Facebook followers. It has used its social media platforms to promote its products, which are not tested on animals and use minimal packaging, and to advocate for environmental awareness.

Lush’s decision to quit social media may be the company’s latest ethical gambit.

Social media companies have faced mounting criticism in recent months over issues such as misinformation and toxic content. Facebook, which owns the photo-and-video sharing Instagram app, and the popular messaging service Whatsapp, sparked outrage last month when it allowed footage of a New Zealand mosque attack, which left 50 people dead, to live-stream on its website for 17 minutes before it was removed.

It is not the first time Facebook has been embroiled in controversy. The company is attempting to stop the spread of misinformation ahead of elections in India, where false news spread on WhatsApp has led to mob violence, and Indonesia, where online hoaxes are so rampant that the government holds weekly meetings to de-bunk them. The company faced intense scrutiny for allowing some 500 accounts, likely originating in Russia, to buy Facebook ads during the 2016 U.S. election.

Read More: The U.K. May Change the Rules That Turned Facebook Into an Empire. Will Other Countries Follow?

Governments in some countries have already stepped in. Earlier this month, Australia passed legislation introducing huge fines for companies and potential jail time for their executives if they do not ensure the “expeditious” removal of inappropriate material. The U.K. meanwhile released a policy paper suggesting tough new rules for social media companies that would also make social media bosses personally responsible for harmful content.

It remains to be seen if other corporates will follow Lush’s lead, but the cosmetics firm’s U.S. business has announced that it will continue to use social media for now. “We are happy to share that the North American @LushCosmetics channels aren’t going anywhere,” Lush Cosmetics North America said in a post on Instagram. 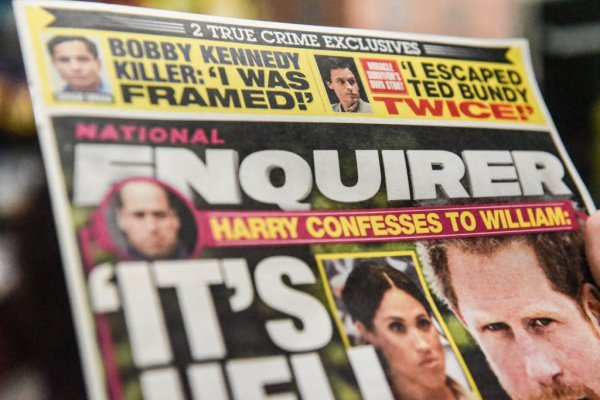 National Enquirer Up for Sale After Scandals
Next Up: Editor's Pick