NXIVM Leader Keith Raniere Has Been Convicted for Keeping Women as ‘Sex Slaves.’ Here Are the Major Players in the Case

After a lurid six-week trial, the former NXIVM leader Keith Raniere was convicted on Wednesday of charges that include sex trafficking and forced labor conspiracy. He faces up to life in prison.

Raniere’s conviction is the likely the final blow to NXIVM, a self-described self-help community that attracted heiresses and famous actresses but was described by a former member as a “cult.” Over the past few months, several high-ranking members took plea deals in federal court after being arrested on charges that range from extortion to sex trafficking to possession of child pornography.

The downfall of NXIVM (pronounced Nex-ee-um) began in October 2017, when the Times published an exposé in which former members claimed that they had been blackmailed, branded and nearly starved during their time inside the organization. (“There is no playbook for leaving a cult,” former member Sarah Edmondson said.)

The FBI alleged that Raniere started a secret subgroup of NXIVM called DOS (which stands for a phrase roughly translated from Latin as “lord over the obedient female companions”), in which women were kept as “sex slaves.” Raniere’s lawyer, Marc Agnifilo, said on Wednesday that Raniere plans to appeal, and has maintained that all sexual encounters were consensual.

“Keith maintains his innocence. It’s a very sad day for him,” he said, according to the Associated Press.

Here’s what we know about each of the members who has been charged.

Keith Raniere appears in a YouTube video dated January 26, 2017. The founder of NXIVM has been arrested on charges of sex trafficking.
YouTube/Keith Raniere Conversations

In 1998, Raniere co-founded NXIVM as a purported self-help group alongside Nancy Salzman. Raniere styled himself as a New Age philosopher heavily influenced by Ayn Rand; he was known as “Vanguard” within the group and began teaching classes promising personal and professional development by eliminating psychological and emotional barriers. An estimated 16,000 people enrolled in these courses.

In the 2017 Times article, former members claimed that Raniere had manipulated them, branded them with his own initials, and formed a secret inner circle of women to have sex with. After the article’s publication, Raniere fled the country for Mexico, and in February of 2018, a complaint was issued in federal court requesting an arrest warrant. The complaint alleged that Raniere induced women to have sex with him by insinuating that he would leak damaging information and nude photos of them if they did not comply.

In March 2018, Raniere was captured by Mexican authorities, deported back to the United States and arrested. He was charged with sex trafficking and forced labor, and pleaded not guilty. In July 2018, he and several alleged co-conspirators (detailed below) were indicted on a slew of other charges that included racketeering, identity theft and extortion.

Raniere was jailed at the Metropolitan Detention Center in Brooklyn, New York. In January, the jail lost power, leaving detainees stuck in freezing cells. Raniere’s request to be released on bond following that incident was denied.

Raniere’s trial began in May, with a federal prosecutor alleging that he used threats, “shame and humiliation” to coerce women into sex. During closing statements on Wednesday, prosecutors alleged that Raniere stole money through fraud and subjected his followers to sadistic punishments and starvation diets.

A jury took less than five hours to find Raniere guilty of all counts of sex trafficking and other charges accusing him of coercing women into sex. “Raniere was truly a modern-day Svengali,” Brooklyn U.S. Attorney Richard Donoghue said outside court, according to the Associated Press. His sentencing is set for Sept. 25.

Mack, an actress who played Chloe Sullivan, Clark Kent’s friend, on the WB/CW Superman series Smallville for ten seasons, said she joined NXIVM to “find purpose.” She soon joined its inner circle, and in a 2018 New York Times interview, said that she herself came up with the idea to brand women. “I was like: ‘Y’all, a tattoo? People get drunk and tattooed on their ankle ‘BFF,’ or a tramp stamp,'” she said.

Later that year, she was arrested and charged with counts that included sex trafficking and forced labor.

Prosecutors alleged that Mack played a key role in recruiting women into the organization. After she was charged, actresses and journalists like Samia Shoaib and Noor Tagouri said that Ms. Mack had tried to get them to join her “women’s group.”

“I was lost,” she said in court, according to the Times. “I must take full responsibility for my conduct.”

Mack, 36, will be sentenced in September. She faces up to 20 years in prison on each count to which she pleaded guilty. A lawyer for Mack did not immediately respond to a request to comment.

Nancy Salzman exits following a hearing on charges in relation to the Albany-based organization NXIVM at the United States Federal Courthouse in Brooklyn at New York, U.S., on July 25, 2018.
Brendan McDermid—Reuters

Salzman is a former psychiatric nurse who co-founded NXIVM alongside Raniere and served as its president. Members of the group called her “Prefect,” according to court documents. After Raniere and Mack were arrested, Salzman’s home was raided by federal agents, who seized $523,000 in cash. Several months later, she was arrested and charged with racketeering conspiracy and identity theft.

In March, she pleaded guilty and confessed to stealing email addresses and passwords of suspected moles in the group, and ordering video tapes to be doctored.

“I accept that some of what I did was not just wrong, but criminal,” she said in court, according to the Associated Press. “If I could go back and do it all over again, I would. But I can’t.”

Salzman, 64, has her sentencing scheduled for July. A legal representative for Salzman did not immediately respond to a request to comment.

The daughter of Nancy Salzman, Lauren served on NXIVM’s executive board for many years. During that time, she oversaw branding ceremonies, according to the Times. She pleaded guilty to conspiracy charges in March. The New York Post reported that she admitted she had “knowingly and intentionally harbored” an unnamed woman in a locked room for more than two years, threatening to deport her to Mexico.

Salzman, 42, testified against Mr. Raniere during his trial. She described the branding ceremony as “the most painful thing I’ve ever experienced,” and said the women in D.O.S. were subject to punishments like standing barefoot in the snow, according to the New York Times.

Salzman is scheduled to be sentenced in September.

A legal representative for Salzman did not immediately respond to a request to comment.

Bronfman is an heiress to the Seagram liquor company. She also served on NXIVM’s executive board and allegedly created an access point for the company to dip into her family’s fortune. In 2010, a lawsuit claimed that many millions of her family’s money had been spent in connection with NXIVM.

In recent years, Bronfman financed and pursued lawsuits against NXIVM’s enemies. In 2018 she was arrested and charged with racketeering, identity theft in order to access other people’s computers, encouraging and inducing illegal entry, and money laundering. She was released on $100 million bond.

When asked in court in March about Michael Avenatti’s involvement on her legal team, she had a fainting spell and had to be removed on a stretcher.

In April, Bronfman pleaded guilty to conspiring to conceal and harbor an undocumented immigrant for financial gain, and fraudulent use of identification. “I am truly remorseful,” she said in court, according to the New York Times.

Bronfman, 40, will be sentenced in July. A legal representative did not respond to a request to comment.

According to court documents, Russell served as NXIVM’s bookkeeper for more than a decade. She was arrested and charged with racketeering conspiracy along with the rest of the inner circle in 2018. Prosecutors allege Russell conspired with Raniere to smuggle a nonresident alien into the United States through Canada by giving the person an ID card with the information of a dead woman.

Russell, 61, pleaded guilty in April to one count of visa fraud. She will be sentenced in July. A legal representative did not respond to a request to comment. 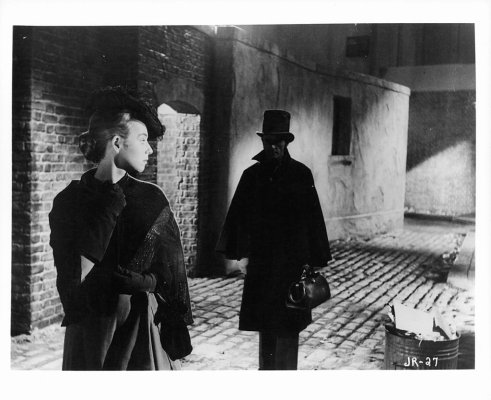 We Remember Killers, But Not Those Who Die. A New Book About Jack the Ripper's Victims Wants to Change That
Next Up: Editor's Pick