The bodies of a New York couple that went missing in late March in the Dominican Republic have been found, according to the nation’s national police spokesperson.

Orlando Moore, 40, and Portia Ravenelle, 52, are believed to have died after their car crashed in the early hours of March 27 when they were on their way to the airport to fly back home to the U.S., Dominican Republic national police chief spokesman Col. Frank Félix Durán Mejia said. The couple had arrived in the Dominican Republic for a vacation on March 24 and stayed until March 27, when they were expected to be back in the U.S.

The car was found at the bottom of the Caribbean Sea, and could not be recovered, according to Duran Mejia. A preliminary investigation found that several fisherman discovered a woman at the site of the crash near the Las Americas highway in the city of Santo Domingo East in grave condition without any documents. She was taken to a hospital by ambulance. After spending six days in intensive care, the woman, believed to be Ravenelle, died on April 4, authorities said.

Police found the body of the man believed to be Moore on March 31 in an advanced state of decomposition, about 21 kilometers (13 miles) from where the vehicle was located.

Both bodies were sent to the National Institute of Forensic Pathology for autopsies and official identification, according to a statement from national police. 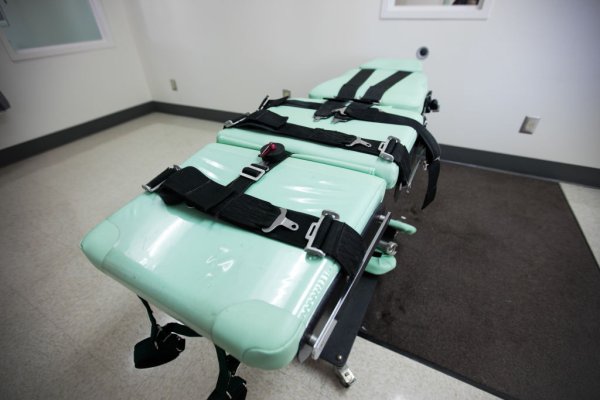 Use of Death Penalty Drops to Lowest in a Decade: Report
Next Up: Editor's Pick