The medical school at Texas Tech University Health Sciences Center will stop considering race as a factor in admissions, per an agreement sought by the U.S. Department of Education’s Office for Civil Rights to resolve a 2004 complaint.

In the resolution agreement — which was signed in February and first reported by the Wall Street Journal this week — the medical school agreed to “discontinue all consideration of an applicant’s race and/or national origin” in the admissions process.

Eric Bentley, vice chancellor and general counsel of the Texas Tech University System, said in an agreement letter that the medical school is “committed to exploring race-neutral alternatives to enhancing diversity.” He wrote that “diversity in academic medicine is not only a necessity at the [school of medicine], but is a necessity nationally as well.”

Bentley said the university will determine whether it is able to achieve diversity goals using race-neutral measures recommended by the Education Department. If the university wants to consider race in admissions in the future, it will have to ensure that it “provides a reasoned, principled explanation for its decision and identifies concrete and precise goals,” and that “no undue burden is imposed on applicants of any racial group.”

The agreement comes amid heightened debate over the use of race in undergraduate admissions, as a judge nears a decision in the high-profile trial over the admission of Asian American students at Harvard. The Trump Administration has also opened investigations into whether Yale and Harvard discriminate against Asian American students in admissions process, but the agreement with Texas Tech reflects a further step in the contentious debate over affirmative action.

The agreement stems from a 2004 complaint against the medical school, following a 2003 U.S. Supreme Court ruling that found race could play a limited role in admissions decisions.

“Texas Tech announced that it would begin considering race, notwithstanding the fact that it had not been doing so and had achieved plenty of racial and ethnic diversity nonetheless,” Roger Clegg, general counsel for the anti-affirmative action Center for Equal Opportunity, which filed the 2004 complaint, wrote in the National Review on Tuesday. “In our view, since the Court made clear that race was not to be used except as a last resort, Texas Tech’s announced new policy was unjustifiable.”

“There is not a requirement that the medical school stop considering race as a factor in admissions. This was a voluntary resolution agreement entered into by the Texas Tech medical school with OCR,” Department of Education spokesperson Liz Hill said in a statement. “The Supreme Court has issued clear guidance on the appropriate consideration of race in college admissions and OCR is enforcing Title VI consistent with the Court’s rulings.” 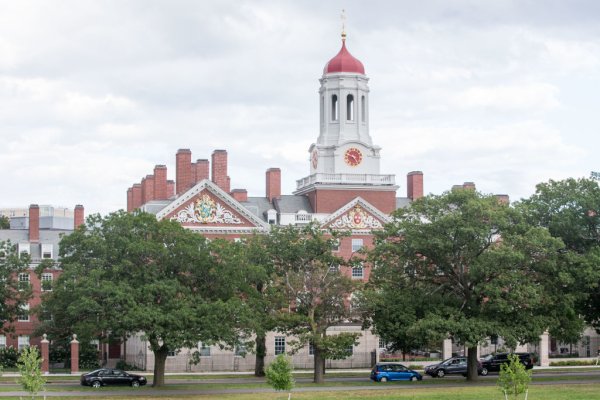 Harvard Probes Fencing Coach's Financial Deals With a Parent
Next Up: Editor's Pick