Airbnb has backpedaled on its plan to delist rentals in Israeli settlements in the West Bank, announcing Tuesday that it will instead donate proceeds from such bookings to humanitarian organizations, according to Reuters.

Last November, the vacations rentals giant courted controversy with a decision to remove about 200 properties in the contested territory as critics questioned the ethics of doing business in an area at the heart of the Israel-Palestine conflict. But the company’s delisting move prompted legal action and backlash from hosts and potential hosts in the U.S. and Israel.

Airbnb says that it has settled all lawsuits related to the issue, and under the settlement terms, will not be moving forward with the delisting of properties.

“We understand the complexity of the issue that was addressed in our previous policy announcement, and we will continue to allow listings throughout all of the West Bank,” the company said in a statement.

“Airbnb will take no profits from this activity in the region,” it added, saying that money from the listings will be donated to non-profit organizations that help people across the world.

Israeli and Palestinian officials did not offer an immediate reaction to the announcement, but Airbnb’s shift comes just days after Prime Minister Benjamin Netanyahu pledged to extend Israeli control over parts of the occupied West Bank if re-elected.

There are approximately 600,000 Israelis living in the West Bank, but settlement activities have intensified in recent months. The U.N., which calls the settlements a “flagrant violation” of international law and “a presumptive war crime,” released a statement recently laying out fears that the increased activity is paving the way for Israeli annexation of the West Bank.

Airbnb and other tourism companies like Booking.com, Expedia and TripAdvisor have faced harsh criticism from rights groups for operating in the region.

“They are doing so despite knowing that Israel’s settlements are illegal under international law, and a war crime,” Amnesty International said in a statement.

The West Bank is the subject of a decades long conflict between Israel and Palestine, with both sides making historical claims to the territory. Israel took control the area from Jordan in 1967, and has returned only parts of it to direct Palestinian administration. 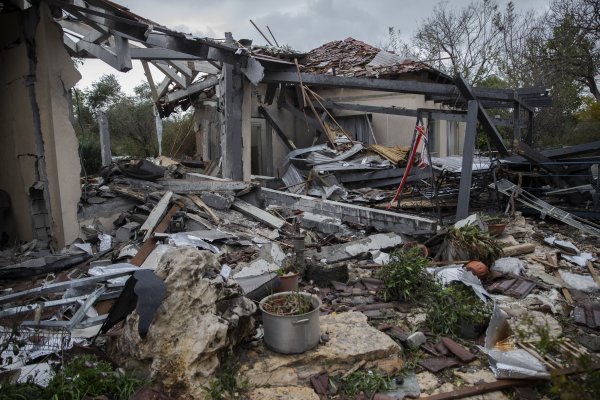 Netanyahu Is Running for Re-Election as ‘Mr. Security.’ But His Strategy in Gaza Might Be His Achilles Heel
Next Up: Editor's Pick