For many Christians, the annual celebration of the resurrection of Jesus Christ — a key moment in the religion’s calendar — begins long before Easter Sunday.

Holy Week, which begins on Palm Sunday and ends on Holy Saturday, comprises the seven days before Easter Sunday. During that time, Christians, in special ceremonies and through distinct rituals, commemorate the words and actions of Jesus’ final week before his crucifixion. While the events of Holy Week are significant to both Catholics and Protestants, the first practices more structured liturgies associated with each day, mostly as described in the Roman Missal.

Here are the major rituals and their origins, from carrying branches on Palm Sunday to retracing the Stations of the Cross on Good Friday — and how those rituals have evolved over the years.

The earliest known record of any Holy Week observance, which includes a description of Palm Sunday, is found in the travel diaries of a woman named Egeria. Egeria, also known as Etheria, was a nun who documented her pilgrimage to the Holy Land in the late 4th century.

In her account, she wrote of the scene in Jerusalem on that day, when Christians celebrate Jesus’ entry into the city of Jerusalem:

The actions described by Egeria are believed to be a way of replicating the celebration of the arrival of Jesus as depicted in the Gospels, and even today many celebrants will carry palm branches or small crosses made of palm leaves. “They’re waving branches as a sign of welcome and delight at Jesus’ entry into the city,” says Father Jan Michael Joncas, who holds a Doctorate in Sacred Liturgy from the Pontifical Atheneum of St. Anselm in Rome. These days, he explains, the liturgy on Palm Sunday reproduces the detail that appears in the Gospels. There are three main forms of the practice.

The first is known as the procession, during which participants wave branches while walking into the church and singing. In the book Glory in the Cross: Holy Week in the Third Edition of the Roman Missal, Paul Turner writes that the procession was, for many centuries, not part of the Palm Sunday experience — and that when it was added to the liturgy in 1955, “the procession rubric appeared not in the first paragraphs, but in the seventeenth, after the blessing of palms.” He notes that the historical antecedent of the procession was, in fact, Egeria’s account of the liturgy in Jerusalem.

The second form is known as the “solemn entrance.” Here, the majority of the congregants start the Mass from inside the church but a smaller group meets with clergy to enter the church together “in a solemn way,” as Joncas puts it. Finally, the “simple entrance” can be practiced. This is when the procession is omitted, and Mass begins in the conventional way. Today the “simple entrance” is the most frequently practiced, largely as a matter of ease.

“Communities today,” Turner writes, “will be attracted to the third form at Masses that pose practical difficulties because of the hour of the day, the schedule of other Masses, or the shortage of assisting ministers.”

The next day in Holy Week with major observances is Holy Thursday, also known as Maundy Thursday. This is the day Christians remember the Last Supper, when Jesus gave his disciples bread and wine to establish the Eucharist, and washed their feet. The term “Maundy” comes from the Latin word mandatum — meaning command — and references Jesus’ words to the disciples: “A new commandment I give to you, that you love one another: just as I have loved you, you also are to love one another.”

Two services occur on Maundy Thursday: the Chrism Mass and the Mass of the Lord’s Supper. In the first, Chrism — oil used in sacraments including baptisms and confirmations — and other holy oils are blessed and distributed to parishes. Joncas explains that, due to the logistics, this service often does not actually take place on Holy Thursday. The earliest record of the blessing of oils appears in the Apostolic Tradition, an early Christian document commonly acknowledged to be dated before 235 CE. Today, consecrating the oils is closely tied to preparation for Holy Saturday’s Easter Vigil, as thousands are baptized into the Catholic Church in the U.S. on this day.

The other service on Maundy Thursday, the Mass of the Lord’s Supper, is when the foot-washing ceremony usually takes place. The practice has its roots in biblical passages describing Jesus washing his disciples’ feet. When the custom began in the church, only men had their feet washed — and often precisely 12 men, to represent the 12 Apostles. “Over the last 25 years or so, that’s really changed,” Joncas says. In 1987, the chairman of the Bishops’ Committee on the Liturgy for the United States Conference of Catholic Bishops issued a statement acknowledging that women had already started to participate in the rite in many places, and since then, the recipients of the foot-washing have continued to diversify.

Susan B. Reynolds, a Catholic Studies professor at Emory University Candler School of Theology, says the foot-washing liturgy on Holy Thursday has evolved even more since Pope Francis became the head of the Catholic Church in 2013. “He’s washed the feet of youth in juvenile detention center, for example; he’s washed the feet of migrants and refugees, of prisoners,” Reynolds notes. “Traditionally speaking, the Pope would only wash the feet of men.”

She adds that there’s something very potent about the image of a community washing the feet of those whom society tends to despite and marginalize. “It’s this kind of a subversion of a power dynamic,” Reynolds says.

On Good Friday, the day of Holy Week that commemorates the crucifixion, a major observance is the Christian community retracing the Stations of the Cross, also known as the Way of the Cross. The practice has roots in the 15th century, and originated from the walking of the Via Dolorosa, the path in Jerusalem believed to be taken by Jesus between his condemnation by Pontius Pilate and his crucifixion — and ending with his burial.

For Christians who do not make the pilgrimage to Jerusalem, the devotional exercise is practiced in local churches. Reynolds explains that statues or paintings depicting the 14 stations, such as Jesus bearing the cross and Jesus meeting his mother, are located around the sanctuary. This allows the concept of the pilgrimage to be replicated within the space of a church, as congregants visit the stations and participate in prayer and reflection.

“Over the centuries, communities throughout the world have adopted the ritual in ways that speak to their challenges,” Reynolds adds. For example, in a number of urban areas in the U.S., the 14 stations have been placed in locations where suffering and death have visited the community throughout the year prior. “Let’s say Jesus falls for the first time, the station would be on a street corner where someone has been killed,” she says.

The route is often recontextualized as such to bring the Easter narrative of a cycle of pain and death, followed by the hope of resurrection, into present situations. “What’s so compelling about the ritual and why it’s endured for centuries is because there’s something very universal — this road of suffering, that in some ways we all walk as individuals and in community,” Reynolds says.

A man carries a cross towards Ground Zero during 'The Way of the Cross' Good Friday observance April 9, 2004 in New York City.
Mario Tama—Getty Images

The final day of Holy Week, Holy Saturday, remembers Jesus’ followers holding a vigil for him outside of his tomb. Back in the second century CE, Christians fasted between nightfall on Good Friday and dawn on Easter Sunday, in the spirit of the first followers. By the fourth century, the time of the vigil started on Saturday at dusk, which is when Holy Saturday services usually begin these days. The service focuses on a transition from darkness to light, and the Paschal Candle is lit on Sunday to represent the new light that Jesus brought into the world.

As time passed, the time of the Easter Vigil shifted earlier, and started to be observed on Saturday morning. “That made almost all of the ceremonies and all of the texts really bizarre,” Joncas said, because the passages about total darkness — addressing the scene of Jesus’ crucifixion — appeared to be out of place in the daytime service.

That was why it was a relief to many when, during the reform of Holy Week liturgies in 1956, the Easter Vigil was placed back to the evening. Today, the liturgy runs from sunset on Holy Saturday to sunrise on Easter Sunday. It involves the service of light — with the blessing and the lighting of the Paschal Candle — followed by readings from the Old and New Testaments and baptisms that welcome new members into the church. Then comes the Eucharist, and with that the first Mass of Easter Sunday is on its way. 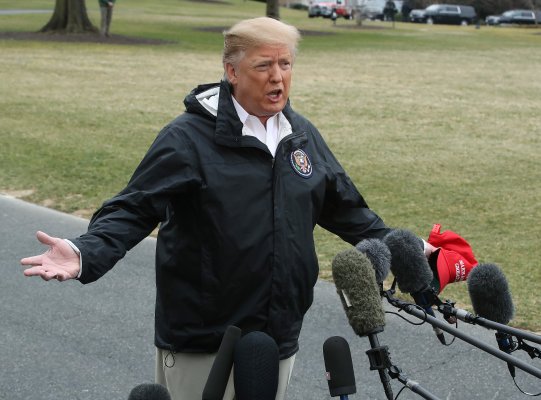 Jewish Voters Still Back Dems, Despite 'Jexodus' Claims
Next Up: Editor's Pick