We Tried the New Bose Sunglasses With Built-In Speakers. Here's What They're Like to Wear

Buying sunglasses can leave anyone paralyzed by choice. Buying smart glasses, however, is more likely to leave one paralyzed by embarrassment. Whether they’re big honking frames with bulky arms or futuristic headgear that forgot the whole “glasses” part, the end result usually involves pointing and snickering, often from a direction opposite your field of vision.

But Bose may have stuck the landing in the style department with its $199 Bose Frames, which are designed to both pump music directly into your ear and work with augmented reality apps to deliver walking instructions and more.

In each of the Bose Frames’ arms is a miniaturized speaker pumping music directly at your ears without being all up in them like typical earbuds. On the outside of each arm is another speaker designed to cancel out what the inner one is playing. The end result: music you can hear, and silence anybody nearby can appreciate. Mostly.

Off the bat, Bose Frames look better than most smart glasses already around. Available in the circular Rondo or square-shaped Alto styles, the Frames are black, nearly opaque plastic with gold accents on the hinge and power button. The contoured temple arms look chunky, but all aesthetic concerns go out the window once you put them on. Those thick arms don’t scream dork, instead looking like a pair of designer sunglasses you’d get from some pop-up shop guaranteed to be out of business in a year. More than one person commented on the Bose Frames while I wore them around town, and two of my co-workers thought they looked surprisingly cool. And that was before they knew about the built-in speakers.

The Bose Frames sound as great as they look, at least when you’re comparing them to the headphones that came with your smartphone. They’re perfect for spoken word audio, like podcasts, and can handle the most cacophonous music without getting muddy or drowning out less prominent sounds, even if the bass lacks any substantial punch. After using them for a few weeks and blasting more than the recommended amount of Rick James, it’s safe to say these sound great when you’re walking around, chatting it up with your neighbors while simultaneously tapping your toes. I was able to squeeze close to four hours of music out of them, which isn’t too bad considering you probably won’t be wearing these for hours straight.

The glasses automatically shut off once you take them off and close the arms, though the automatic disconnection every time I removed them became a minor annoyance. The case is quite large — though no bigger than the cases for some frumpy designer sunglasses — no doubt to make room for the thick arms. Unlike some rival offerings, Bose’s case is just that: a case, with no recharging abilities. The glasses charge using a proprietary cable and connector, so don’t lose it.

Of course, you shouldn’t wear these indoors or in a quiet environment, like a library. Bose Frames are essentially wearable speakers, meaning they leak sound, meaning people nearby can hear something, even if it’s just nonsensical noise. The external noise cancellation eliminates the bulk of the annoyance, but if you turn up the volume past 60% or so, you’re going to get some looks. In noisier environments, that same volume level will go mostly unnoticed, and turning it all the way up will annoy only those close enough to poke you and ask you to turn it down.

Bose is also pushing the Frames as an augmented reality (AR)-enabled wearable, capable of providing turn-by-turn navigation and other audio-based experiences you wouldn’t get from a normal pair of headphones (or sunglasses, for that matter). Navigation is the most useful app, but they all need a bit of work before they become the Frames’ go-to feature. And with fewer than a dozen apps (with some operating exclusively in certain locations), AR isn’t yet a strong selling point for Bose. Still, it’s an interesting approach to AR, especially given how most smart glasses attempt too much, and end up doing everything quite poorly. And if more companies support similar features, it could open the door to all sorts of innovative new concepts.

Bose Frames are not for everyone, nor are they great for every situation — sometimes, regular old headphones are more sonically or socially appropriate. But once you get over the astonishment that you’re wearing a pair of glasses with built-in speakers, you might find them becoming a seasonal addition to your wardrobe, one you’ll grab on your way out the door instead of your headphones. If you’re in the market for sunglasses, and are willing to drop two hundred bucks on a pair, Bose Frames are a solid option for every fashion forward futurist. 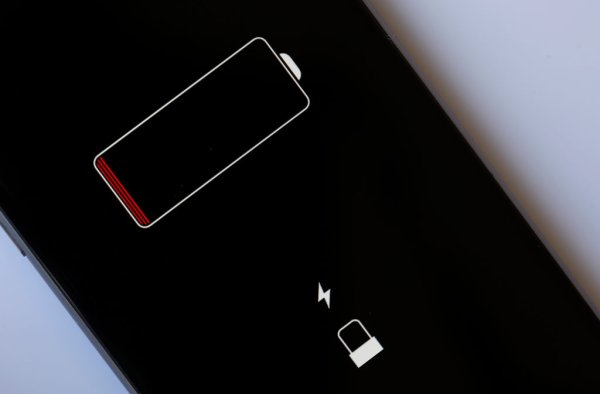 Bummed Out That Apple Canceled AirPower? Here Are 5 Other Wireless Chargers to Consider
Next Up: Editor's Pick