A Century After a Massacre in India During British Colonial Rule, the U.K. Faces Demands for an Apology

A young visitor looks at a painting depicting the Amritsar Massare at Jallianwala Bagh in Amritsar on Feb. 4, 2010.
Narinder Nanu—AFP/Getty Images
By Abhishyant Kidangoor

Standing right next to a bullet-ridden red brick wall in the Jallianwala Bagh Memorial in the north Indian city of Amritsar is a signboard with a caption that reads: “The wall has its own historical significance as it has 36 bullets marks which can be easily seen.”

Those 36 bullets were among the 1,650 fired by British troops into an unarmed crowd, without warning, on April 13, 1919. The events of that day would come to be known as the Amritsar or Jallianwala Bagh massacre.

The massacre came amid years of conflict between Britain and India, which was then held under colonial rule. During the First World War, Indian troops and resources had been widely utilized by the British, who promised that India’s sacrifices would lead to greater self-rule. But when the war ended in 1918, that pledge did not turn into real change. In fact, in early 1919 the British passed legislation, the Rowlatt Act, that enabled them to incarcerate anyone suspected of plotting the overthrow of British control — prompting independence leader Mahatma Gandhi to call for nationwide strikes.

Tensions were high, and it was under these circumstances that Colonel Reginald Dyer was given charge of the city of Amritsar, in Punjab. Dyer quickly imposed tight restrictions on public gatherings. However, when people came to gather at the Jallianwala Bagh, a public garden, on April 13, few knew about the ban. It was the day of Baisakhi, a Sikh festival, for which people from neighboring towns were visiting the holy city. Pilgrims as well as some peaceful protestors were among the many in the garden when Colonel Dyer and his troops surrounded it, sealed the exit and started firing.

While British estimates said 379 people were killed in the incident, unofficial Indian records placed the death toll in the thousands.

A century later, as India commemorates the anniversary of the massacre — which has been called one of the most brutal acts by the British Empire — long-standing demands for a formal apology by the United Kingdom have been brought back into the spotlight.

Indian political leaders, members of the British-Indian diaspora as well as descendants of victims have repeatedly raised the request. Following a debate in the House of Commons on Tuesday, British Prime Minister Theresa May called the incident “a shameful scar on British Indian history,” but did not issue an apology as demanded by some in Parliament, including Labour leader Jeremy Corbyn. Both Queen Elizabeth II and former U.K. Prime Minister David Cameron have also visited the memorial — in 1997 and 2013 respectively — and condemned the incident, but likewise stopped short of issuing an apology.

But many advocates feel the centenary would be the right time to start making amends, and to help ensure that the public understands what happened.

“The massacre was a heinous mismanagement of human life,” says Saurav Dutt, a British-Indian author who wrote a book about the massacre, tells TIME. “An apology will ensure that there is no more romanticization of our brutal colonial past.”

The quest for an apology comes as a wave of nations seek reparatory justice. In March this year, Mexico demanded an apology from Spain’s King and the Vatican for “violations of what we now call human rights” during the country’s conquest 500 years ago — a request that was immediately rejected by Madrid, which called for “a constructive perspective” instead. Belgium has also faced calls from the United Nations to confront its colonial past in Congo and to issue a formal apology, which some feel would also help reduce present-day racism facing Africans who live in the European nation. In the United States, several Democratic candidates for the upcoming 2020 election, including Senator Elizabeth Warren and Senator Kamala Harris, have said that they support some form of reparations to descendants of the enslaved.

In some places, the apologies have already been made. Prime Minister Justin Trudeau in 2017 made a tearful public apology to the indigenous people of Canada. Emmanuel Macron acknowledged France’s past and called the massacre of mainly Arab Muslims during the Algerian War of Independence a “crime against humanity.” Although Germany never followed through with its promise of issuing an apology for its colonial genocide in Namibia, the country’s gesture of returning the remains of victims has been seen by many as a first step in acknowledging its guilt in the past. And Britain itself has expressed “sincere regret” for abuses during its colonial rule of Kenya.

“If apologies are not issued at a state level, there will not be any understanding of colonial brutalities at a civilian level,” Guido Audino, a spokesperson for Colonialism Reparations, an international organization that fights for reparations, tells TIME. “An apology makes way for more awareness and sensitivity.”

However, some who oppose the idea of such apologies feel that it doesn’t make sense to apply today’s moral norms to things that happened in the past. Others believe that apologies are all well and good, but that they can be counterproductive if not accompanied by any even deeper acknowledgment.

Kim Wagner, a historian who has written two books on the Amritsar massacre, says that the 1919 incident was not an isolated event but something that reflected the nature of the British rule in India. Apologizing for this massacre alone, he believes, oversimplifies and obstructs of a nuanced understanding of historical events. From this perspective, broader steps, such as the incorporation of the study of such massacres into British education, are necessary.

“What’s important is that we talk about a difficult but shared history,” Wagner tells TIME. “I think this centenary could fruitfully become a moment to begin a different type of dialogue about how we should think about the past.”

Still, advocates like Saurav Dutt feel that rendering an apology would at least be a starting point — and that acknowledging a particular moment establishes a point from which future generations can educate themselves about “a humiliating and degrading incident.”

“An apology is a reckoning of the past,” he says. “It allows for closure and atonement.” 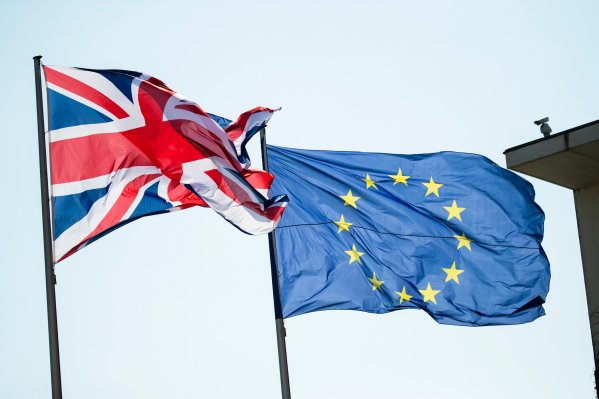 It's Complicated: From the Roman Empire to Brexit, Britain Has Always Struggled to Define Its Relationship With Europe
Next Up: Editor's Pick