At a Time of Rising India-Pakistan Tensions, Hotel Mumbai Has a Powerful Message

Ideas
By Alyssa Ayres
Ayres is senior fellow for India, Pakistan, and South Asia at the Council on Foreign Relations, and is the author of Our Time Has Come: How India is Making Its Place in the World. She served as U.S. deputy assistant secretary of state for South Asia from 2010 to 2013.

Hotel Mumbai, the thriller recounting the siege of the Taj Hotel by terrorists in 2008, offers a dramatic story as well as a foreign policy lesson. The film opens with a scene of young men at sea on a rubber raft, heading to shore. A disembodied voice gives them instructions for their mission, in Punjabi, transmitted through headsets. Once on land, they begin their terror. For two hours, Hotel Mumbai — now showing nationally in the United States — conveys the shock, horror, and heartbreak of their chilling three-day massacre across Mumbai, which left more than 160 people dead. They fire indiscriminately into crowds, execute others at point-blank range, and hold innocent people hostage. Through the stories of the hotel staff who rescue guests from the attack, the film portrays the humanity of heroism. But it also delivers a message: More than a decade on, justice for this brazen attack remains denied. The terrorist group responsible has remained at large in Pakistan. At a time when Pakistan-based terrorism has once again escalated tensions between India and Pakistan, this message could not be more timely.

Hotel Mumbai is not a documentary, but its narration of real-life events hews closely to documented facts. The director, Anthony Maras, drew inspiration from an Australian documentary, Surviving Mumbai, that featured interviews with survivors of the three-day onslaught that began on November 26, 2008. Maras and his team carried out additional interviews with survivors, and consulted the trial transcript of Muhammad Ajmal Kasab, the sole surviving terrorist from the attack. (Kasab stood trial in India, was convicted, and later executed, for his crimes.) Those trial documents included transcripts of satellite calls between the terrorists — the young men who reached Mumbai by raft — and their handlers, calls intercepted by the Indian government. The film’s dialogue between the terrorists and the step-by-step directives of their telephonic masters has a chilling quality as a result.

For nearly the entire film, the terrorists are depicted by their first names, without any other background explanation. Only in the credits does the audience learn that the men who came by sea were members of a known terrorist organization, the Lashkar-e-Taiba. That group, founded and headquartered in Pakistan, has been active in the region — with a primary focus on India — since the 1990s. Following the September 11, 2001 attacks, it was placed on the U.N. Security Council’s list of terrorist groups with linkages to Al-Qaeda and the Taliban. In December 2001 the United States designated it a terrorist organization and Pakistan nominally banned the group in January 2002. In mid-2008, the United States added Hafiz Saeed, founder of the Lashkar-e-Taiba, to terrorism lists as a “Specially Designated Global Terrorist.” The U.N. similarly added his name to sanctions lists. By 2012, the United States sought specific “information that brings [him] to justice,” and issued a “Rewards for Justice” offer of $10 million.

The sanctions and the reward offer have had no significant effect. Saeed has been in and out of house arrest over the past decade, though in recent years he has felt little pressure to play things low-key. He has appeared regularly in public, leading large rallies covered by the press, and in last summer’s national elections in Pakistan, his group attempted to register a political party. When Pakistan’s election commission rejected that effort, he then campaigned publicly for another party’s platform. Videos of his fiery public speeches are readily available online.

And that’s just Saeed. Seven members of the Lashkar-e-Taiba have been under trial in Pakistan since 2009 for their roles in planning and executing the Mumbai attacks. The alleged mastermind, Zaki ur-Rehman Lakhvi, was released on bail in 2015. A news report last year suggested that he was seen collecting funds for the organization from wheat farmers. Six others remain detained with no progress in their trials.

In other words, the terrorist organization responsible for the Mumbai attacks was known, and under international sanction, well before the attacks. And after the attacks, despite further sanctions, the same group has continued seemingly unfettered. After the February 14 suicide attack in Indian Kashmir perpetrated by another Pakistan-based terrorist group, the Pakistani government has again renewed its “crackdown” on designated terrorists, including reports that the Lashkar-e-Taiba is among those targeted. But if past serves as any guide, the crackdown will quietly end before too long.

Hotel Mumbai brings this story — common knowledge in India, but little known in the United States — to vivid life, and makes it hard to forget the chaos and suffering the Lashkar-e-Taiba inflicted on Mumbai. In the attacks of 2008, 166 people died, including six Americans. As long as Pakistan fails to adequately tackle these terrorist groups, a horror like this could happen again. Hotel Mumbai provides a potent reminder of their danger, one that U.S. foreign policy cannot afford to forget. 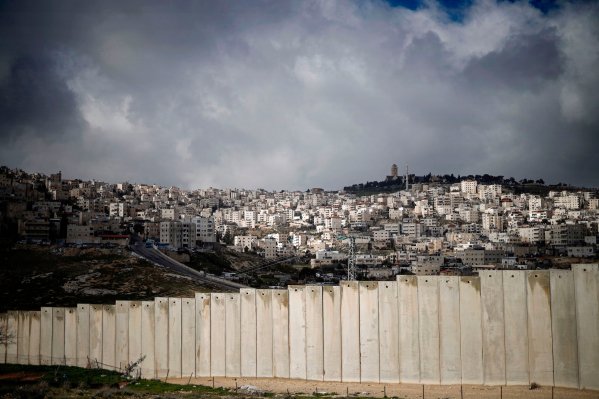 The Palestinian Issue Used to Be a Major Factor in Israeli Elections. Here’s Why It Hasn’t Been This Time
Next Up: Editor's Pick