Burger King is the latest brand to spark criticism on social media with an ad depicting diners struggling to eat western food with chopsticks.

The fast-food chain showed a video clip of diners trying to eat its new “Vietnamese Sweet Chilli Tendercrisp Burger” with large red chopsticks. Social media users say the ad, which was posted on Instagram, is culturally insensitive and plays to stereotypes. It included the caption: “Take your taste buds all the way to Ho Chi Minh City.”

The ad was later deleted, and Burger King issued an apology, saying it was “insensitive and does not reflect our brand values regarding diversity and inclusion.”

“We have asked our franchisee in New Zealand to remove the ad immediately,” the company, owned by Restaurant Brands International Inc., said in a statement.

While the ad has been deleted from Burger King New Zealand’s Instagram account, tweets purporting to show the original ad have gone viral, attracting over 2.7 million views.

The misstep is potentially damaging given Burger King’s big growth plans in Asia, especially in China where it opened about 100 new restaurants last year to reach about 1,000 locations. In February, Restaurant Brands opened its first Tim Hortons cafe in China, and has said it intends to open more than 1,500 there over the next decade.

Companies are making more mistakes with ads as they take risks to reach consumers that are increasingly distracted and inundated with content, according to Brent McGoldrick, senior managing director of strategic communications for FTI Consulting.

“When you flub something like this, you completely hurt your ability to drive any sort of interesting or positive viral dialogue, and now it becomes almost all negative,” he said. 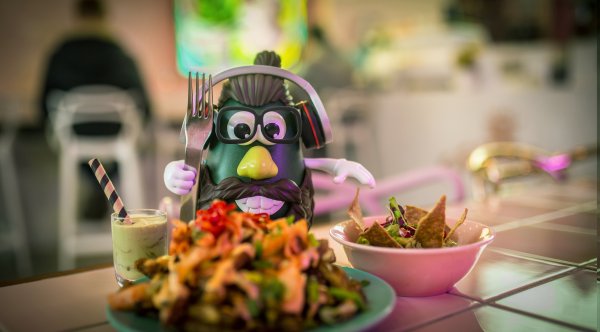 An Avocado Head Is 'Replacing' Mr. Potato Head as Millennials Continue to Ruin Things
Next Up: Editor's Pick