Nepal is dispatching government-appointed climbers Wednesday to remeasure the height of Mount Everest, amid rumors that the peak shrunk after a massive 2015 earthquake, Agence France-Presse reports.

The four climbers, commissioned by the country’s Survey Department, will scale the world’s tallest mountain following two years of preparations, including collecting readings from the ground and training for extreme conditions.

Everest has an official height of 29,029 feet. The figure was recorded by an Indian survey in 1954 and remains the accepted figure, but a powerful 7.8-magnitude earthquake that rocked the country four years ago shifted the mountain southwest by more than an inch, and has created doubt that the peak still stands at that height.

“We are sending a team because there were questions regarding the height of Everest after the earthquake,” the expedition’s co-ordinator, Susheel Dangol, told AFP.

The department hopes the expedition, which will be the first time Nepal conducts its own survey of the mountain, puts the speculation to rest.

Nepal and China have long feuded over the mountain’s height, which China asserts is about 13 feet shorter than the 1954 estimation. In 1999, an American team gave the peak another 6.6 feet, leading the U.S. National Geographic Society to list the elevation at 29,035 feet.

Khim Lal Gautam, the expedition’s leader and chief surveyor, acknowledged the dangers of the coming trip. Climbers face risks of ice falls, storms and avalanches, and in 2015, authorities closed off a treacherous stretch after a deadly avalanche killed 16. Some 290 people have died on Everest in more than a century of summiting attempts, according to the Himalayan Database.

“It will not be easy to work in that terrain, but we are confident our mission will be successful,” he said. 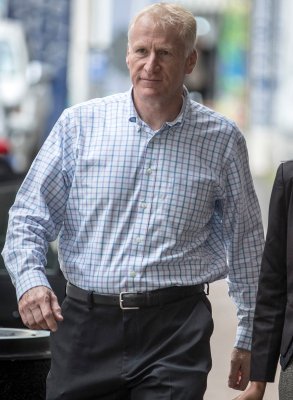 Former New Zealand Official on Trial Over Bathroom Spy-Cam
Next Up: Editor's Pick