“Mobile homes were perfected by humans, but invented by snails,” explained John Oliver on Last Week Tonight. And because 20 million Americans live in mobile homes he focused Sunday night’s episode on them.

Also like Howard and Chastain, mobile homes are popular—so popular that they have become a target for private equity firms, who have started purchasing mobile home sites. As Oliver put it: “The homes of some the poorest people in America are being snapped up by some of the richest people in America.” Mobile home parks have earned a lot of money for the Carlyle Group and Warren Buffett, who owns Clayton mobile homes, which made $911 million pre-tax dollars last year. Those unlikely bedfellows have led to conflict in the form of rising rents and fees that have left already impoverished Americans with even fewer options.

For mobile homes owners, the “cars you live in” are reportedly an investment that always go down in value. They are an even worse investment if you don’t own the land that the mobile home is parked on, because “mobile homes are mobile about as much king crabs are actually kings,” said Oliver.

That lack of mobility of tenants is attractive to investors, because they quite literally have a captive audience. As Frank Rolfe, a mobile home investor, put it, buying a mobile home park is like owning “a Waffle House where everyone is chained to the booths,” which Oliver suggested was a good idea for Jordan Peele’s next horror movie.

To warn people about the risks of investing in a mobile home, Oliver and The Good Place’s D’Arcy Carden made an honest ad for potential home buyers. 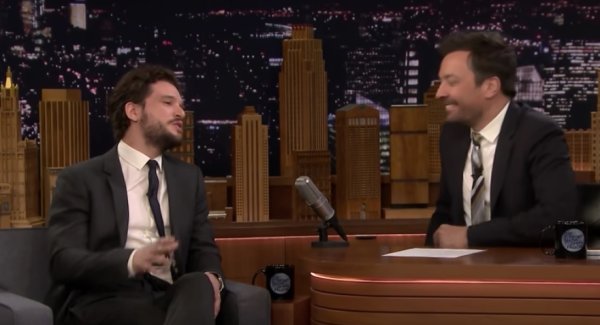 Kit Harington's Brother Had the Best Jon Snow Joke During His Best Man Speech
Next Up: Editor's Pick