Suspected Rhino Poacher Killed by an Elephant, Then Eaten by Lions in South Africa

A suspected poacher met a violent death in South Africa last week, killed by an elephant before his body was eaten by a pride of lions in Kruger National Park.

According to park officials, the deceased man’s alleged accomplices called his family to tell them that he had been killed by an elephant while they were in the park to hunt rhinos on the night of April 2. The family then contacted park rangers, who organized a search party.

The rangers failed to find the body on the first day of the search. But following the arrest of four alleged accomplices on April 3, the rangers resumed their efforts with additional information provided to them by the suspected poachers.

On April 4, the search party recovered what was left of the alleged poacher. It appeared that a pride of lions had found the body. Only a human skull and a pair of pants were found.

The four arrested men remain in police custody and are awaiting trial, according to a park statement.

Poachers continue to threaten South Africa’s rhino population, though significant gains have been made in recent years. Incidents of rhino poaching have declined for the third-straight year thanks in part to a new environmental initiative according to a statement from the South Africa Department of Environmental Affairs.

“Entering Kruger National Park illegally and on foot is not wise, it holds many dangers and this incident is evidence of that,” said Glenn Phillips, managing executive of the Kruger National Park, in the statement. “It is very sad to see the daughters of the [deceased] mourning the loss of their father, and worse still, only being able to recover very little of his remains.” 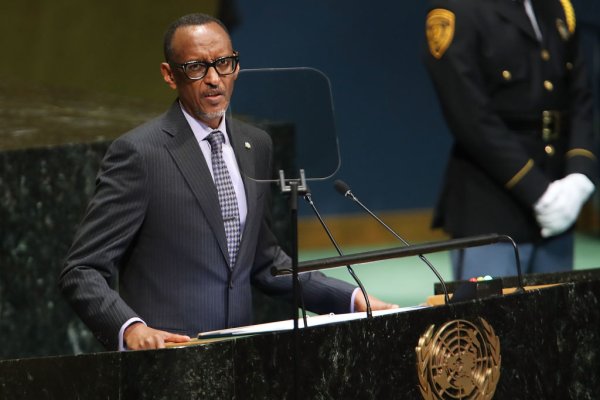 Rwandan President Pardons 367 Convicted of Abortion
Next Up: Editor's Pick