Game of Thrones season 8 finally premiered Sunday night and not only was it worth waiting for, it was worth joking about online.

Maybe you thought the episode was just another one of your wild dreams, but no, that spiral thing happened and Jon did actually ride before he finally learned the truth about his family.

And as he did, fans found the humor in the drama of the epic fantasy series, blending the two into a series of therapeutic Game of Thrones memes and season 8 premiere memes most fans can relate to.

The premiere was filled wall to wall with memorable moments. There was Dany’s icy Winterfell reception, Samwell Tarly breaking the news of Jon Snow’s true heritage—and connection to Daenerys. There was Cersei’s shaky alliance with Euron. And at last, Jon Snow riding the Rhaegal. But some had more comedic potential than others, and the GIFs capture them all.

You can’t deny the meme-makers are some of your fastest and most enjoyable informal authorities on masterpiece television, particularly the moment to moment shocks of a popular show this bonkers.

The memes of the dragon reacting to Jon and its mother’s affection ruled the realm.

Here are the best memes of Game of Thrones Season 8, Episode 1.

Dragon is not accepting its mom’s new boyfriend

Dany with the death update for Sam

The burns between Sansa Stark and the Unburnt Daenerys Targaryen

Jon Snow finding out the truth about his ancestry

Cersei after formally allying with Euron

Bran Stark living for the drama

Were Gendry and Arya flirting with talk of weaponry?

And seeing this is Game of Thrones, it wasn’t just regular people. Of course, there were celebrity fans in the house.

Sansa Stark with the reality check 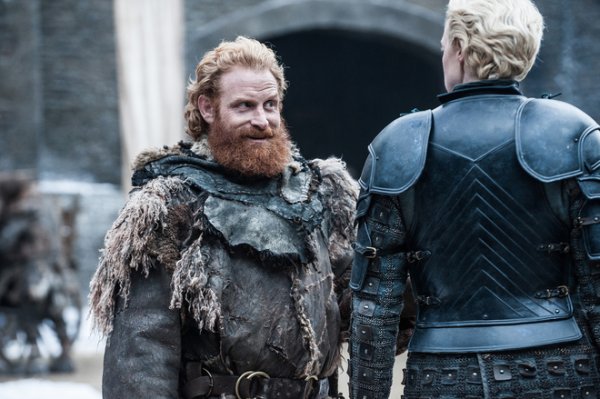 Here's Why Fans Are Shipping Brienne & Tormund on 'Thrones'
Next Up: Editor's Pick