In Season 2, Killing Eve Is Still the Most Exhilarating Show on TV

This image sets the tone for a new batch of episodes, premiering April 7 on BBC America, that invert the cat-and-mouse thriller’s original power dynamics. Now, Eve has the upper hand: Her reckless exploits have earned the grudging respect of Carolyn (Fiona Shaw), the boss who fired Eve at the end of last season but needs her help to investigate a new female killer. Hurt, lovelorn and penniless, Villanelle ends up in the hospital, trying to heal, hide and plan her escape from Paris all at once. A storyline involving her roommate there, a gravely injured boy (Pierre Atri), suggests she’s capable of mercy—although her version of it doesn’t look much like anyone else’s. Could the feelings she’s developed for Eve be awakening her empathy?

It’s a canny role reversal, even if Villanelle’s plight veers toward melodrama in the second of two episodes provided for review. Such minor clumsiness can probably be attributed to the departure of lead writer and showrunner Phoebe Waller-Bridge (Fleabag), whose sparkling scripts balanced out far-fetched plot beats with observations and references grounded in real life. Her handpicked replacement, Call the Midwife star Emerald Fennell, doesn’t seem to grok the characters on quite as profound a level.

Happily, Fennell does know how to keep episodes fizzy, fast-paced and binge-friendly. And at this point, Oh and Comer so fully inhabit Eve and Villanelle, you could imagine them carrying on without any script at all. Killing Eve may no longer be the single best show on any platform, as it was last year. But it’s still the most exhilarating hour of TV out there. 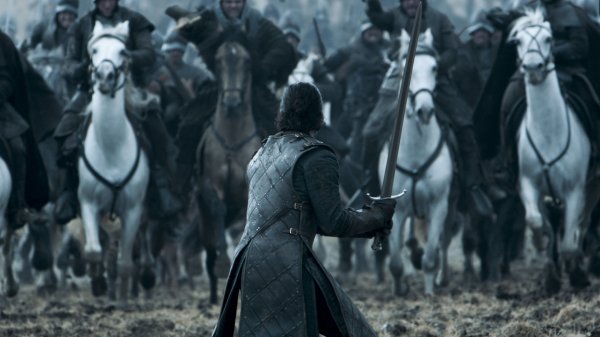 All of the Game of Thrones Battles Ranked
Next Up: Editor's Pick