President Donald Trump intends to nominate Herman Cain, the former pizza company executive who ran for the 2012 Republican presidential nomination, for a seat on the Federal Reserve Board, according to three people familiar with the matter.

During the presidential campaign, Cain became known for his so-called “9-9-9” tax plan, which would have replaced much of the U.S. tax code with a flat 9 percent tax on sales transactions as well as corporate and individual income.

Trump has repeatedly attacked U.S. Federal Reserve Chairman Jerome Powell for raising interest rates, and Bloomberg News reported in December that the president had even discussed firing him. One way the president can directly influence monetary policy is through nominations to the Fed board, though anyone he picks must be confirmed by the Senate. 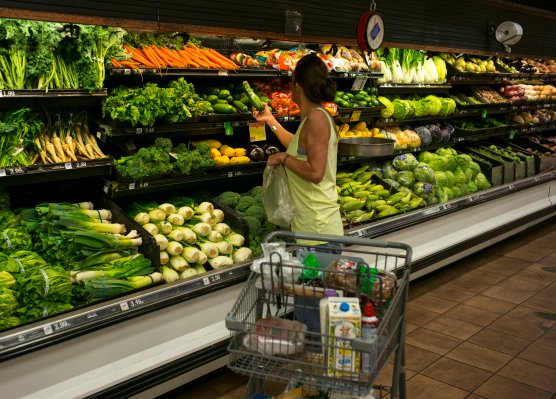 Half-Empty Shelves. Skyrocketing Prices. Here's What Would Happen to the Produce Aisle if Trump Closes the Mexico Border
Next Up: Editor's Pick