Facebook’s job is to strengthen its defenses against political interference — not to set the rules around political advertising, the company’s founder and CEO said in an interview Thursday on ABC’s Good Morning America.

Facebook’s political responsibility came into focus after the 2016 U.S. election, when it was revealed that Russia had used the platform to try to influence the results of the vote. When asked by ABC’s George Stephanopoulos about the social networking site’s role in protecting the integrity of the 2020 election, Mark Zuckerberg said there are likely to be new attempts at interference, but the company is “confident” and has “learned a lot since 2016.”

“Our job is to make the defenses stronger and stronger, and to build the right partnerships with other folks in the industry and in the intelligence community and help keep this safe,” Zuckerberg said. He also said Facebook will spend more than $5.1 billion on safety and security this year, according to ABC News.

But Zuckerberg said it is not Facebook’s job to set regulations around political advertising, which was one of the issues at the center of last year’s Cambridge Analytica scandal. The social media monitoring firm, which had ties to President Donald Trump, gained access to the data of 50 million Facebook users, and used it to target them with ads. Just last week, Facebook tightened its rules around political advertising in Europe ahead of elections there, Reuters reported.

“Setting the rules around political advertising is not a company’s job,” Zuckerberg said. “There have been plenty of rules in the past, it’s just that at this point they’re not updated to the modern threats that we face. We need new rules.”

Zuckerberg spoke confidently about Facebook’s security efforts, which will include implementing an oversight board that will monitor content posted on the site, according to ABC News.

“We’ve learned a lot since 2016, where, obviously, we were behind where we needed to be on defenses for nation states trying to interfere,” Zuckerberg said. 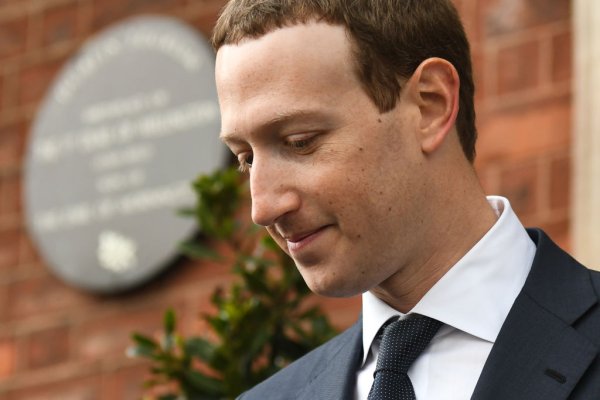 Millions of Facebook Users' Personal Info Was Posted Publicly On Amazon Servers
Next Up: Editor's Pick