Google is celebrating South African jazz legend and political activist Hugh Masekela on what would have been his 80th birthday.

Masekela landed on his feet, moving to New York City and enrolling in the Manhattan School of Music at age 21. Inspired by the city’s jazz scene and the music of John Coltrane, Thelonious Monk, Charlie Mingus and Max Roach, Masekela began to work on his own sound — and took advice from Dizzy Gillespie and Louis Armstrong, who encouraged him to develop a unique style that incorporated his South African heritage.

Masekela took that advice with his 1963 album Trumpet Africaine. From there, he moved to Los Angeles and his career took off: His 1968 single “Grazing in the Grass” hit #1 on the U.S. pop charts, and he collaborated with legendary artists, including Bob Marley, Marvin Gaye, Paul Simon, Stevie Wonder and Fela Kuti. His recording of “Grazing in the Grass” was inducted into the Grammy Hall of Fame last year.

Masekela returned to South Africa in 1990 after some 30 years in exile. He saw Nelson Mandela’s release from prison, and election as South Africa’s first black president — just a few years after the release of his song “Bring Him Back Home (Nelson Mandela).” Fittingly, Masekela’s music was the soundtrack to the event, according to Google. 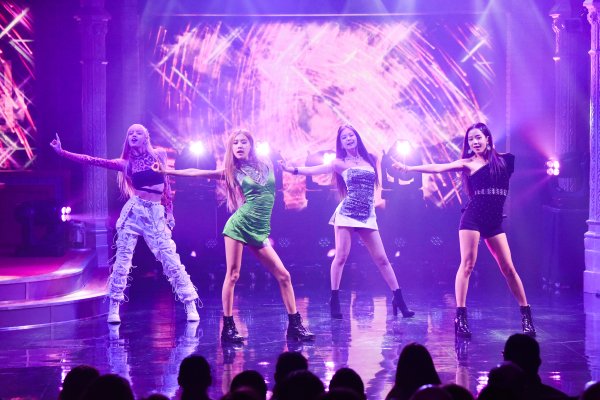 Everything to Know About K-Pop Group BLACKPINK
Next Up: Editor's Pick