Why History Looks Different Through a Mother's Eyes

It’s said that history is written by the victors, but it would also be fair to say it typically isn’t written by people who are busy birthing, nursing or tending to babies, victorious though they may be. Such is the challenge faced by Sarah Knott, a historian who sets out to address that imbalance in Mother Is a Verb, her new book that blends memoir and history to tell a story of motherhood through the ages.

As Knott describes in an informative note on her methods, traditional history has been summarized as the study of “Men in Public.” Here, under the subtitle An Unconventional History, are women in private. (Men, including Knott’s own supportive but loosely sketched partner, do show up in small roles; she notes that she knows of only a single image from the 17th century of a father holding a baby.) Even the most prodigious writers of the past tended to skip this material, deeming it too mundane or too intimate or both. Accordingly, Knott finds fewer sources on her subject than she’d like, a point she makes early and often. Her admirable effort not to rely only on accounts from rich, straight, white English speakers puts her in even more of a bind.

So, to examine the past several centuries of mothering on both sides of the pond, she uses her own observations on becoming a parent to weave together archival anecdotes. She paints a picture that covers working-class 20th century Londoners and indigenous Americans, that runs from the cabins of enslaved women to the bedrooms of the colonial elite. The book sings when Knott trusts readers to get the meta-historic point, allowing her eye for choice details (the German word, Ammenschlaf, for the light sleep of a new mom, or an early 1900s effort to organize a housewives’ union) to underline the big ideas on her behalf: much changes; much does not.

She writes of befriending a more experienced mom who can serve as a source of the calming reminder that the baby is new but parenting isn’t. Knott also turns to history for the same reassurance, and Mother, in turn, extends that hand to the world. By starting with the link between mother and baby, and crawling outward into the link between so many mothers, she shows that while infancy is a time when life is measured in days, in its curves are centuries. 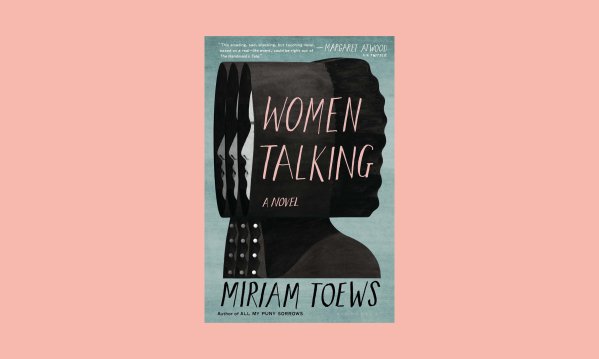 A Horrific True Story of Rape in a Religious Colony Becomes Thought-Provoking Fiction
Next Up: Editor's Pick