'She Was Always in the Present.' Artist JR on the Films and Friendship of Agnès Varda

When you looked at me and Agnès Varda, you saw a young guy and an old woman. But as I got to know her, I lost that sense of age. That’s because she was always in the present, always active. Until her death at 90 on March 29, she was planning what she would do next. She was in the moment, not in the nostalgia of the great life she had. That’s how she kept making it greater.

I was there for only the last couple years of that life, but we had a friendship that was more than a friendship. She told me before she died that she loved the ride we had together making our film Faces Places, both the laughs and the fights. We lived something that we wanted to live, fully, from the day we met. She changed my vision forever. Wherever she would go, she would take a minute to look around her. You’d see her at the brasserie on the corner and she would look at the table, at the chairs, at how the wood was aging.

Agnès was the oldest person to be nominated for a competitive Academy Award and the first female director to receive an honorary Oscar. This is for a good reason: Agnès was unique. She didn’t make any concessions. She liked to try things. She looked very far ahead, but also around her–in her house, her street, her city. 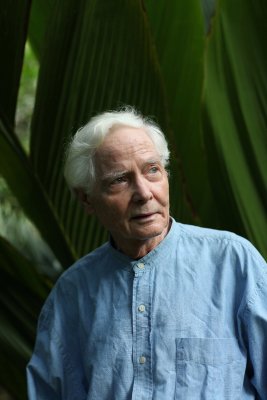