Joe Biden has been gearing up for a potential White House campaign since last year, scouting office locations around Philadelphia, enlisting donors and recruiting staff in Iowa and New Hampshire. In mid-March, the former Vice President let slip to a group of union members that he might need their support “in a few weeks.” Former Senate colleagues who have traded phone calls with Biden said they were convinced he was ready to run.

But in recent weeks, Biden has seemed plagued by second thoughts, blowing past yet another self-imposed decision deadline. His pause has raised familiar worries. In 2016, Biden was close enough to running for President to tap a campaign manager, and a longtime aide wrote a 2,500-word announcement speech. Was he getting cold feet again?

Biden insiders say no. He is likely to mount a third campaign for the presidency soon, two advisers involved in rollout discussions tell TIME. If he does, polls suggest, he’ll be the front runner to win the nomination. But Biden’s apparent hesitancy suggests he’s aware of what else awaits him.

In recent days, multiple women have come forward with stories of Biden touching them in ways they considered inappropriate.

Biden denies acting inappropriately. “Not once–never–did I believe I acted inappropriately,” he said in a March 31 statement. “If it is suggested I did so, I will listen respectfully. But it was never my intention.” He followed up with a video message on April 3 that he would “be more mindful and respectful of people’s personal space, and that’s a good thing.”

Biden has long been famous for taking the traditional grip-and-grin of retail politics–a pat on the shoulder, a touch on the back–too far at times. His physicality has been the subject of late-night comedy routines, and the biennial swearing-in ceremonies in the Senate, which Biden presided over as Vice President, were peppered with awkward moments. In the #MeToo era, when the nation is re-examining the boundaries of acceptable behavior by men with power, questions about gender are certain to linger uncomfortably over Biden’s campaign.

But it’s not just his handsiness that’s taken on a different hue. Biden, 76, has spent almost a half-century in public life, during which he’s held a variety of positions that seem out of step with today’s Democratic base. He repeatedly voted to restrict abortion access, and his treatment of Anita Hill during Clarence Thomas’ 1991 Supreme Court confirmation hearings still incenses many Democrats. His support for tough-on-crime sentencing guidelines is now seen by many Democratic voters as unjust, and he voted for the war in Iraq. It remains an open question whether a party fielding a historically diverse group of candidates will pick a white man who on Inauguration Day would be the oldest person ever to become President.

Biden’s delay in joining the race has political consequences too. The absence of a front runner in the race beckoned rivals into the ring and put Biden on the defensive. He left the White House without the kind of small-dollar digital fundraising network powering competitors’ campaigns, leaving him to play catch-up with a mailing list from 2007. “Democrats are so horrified that an admitted sexual assaulter is in the White House, they may hold their candidates to a higher standard,” an unaffiliated Democratic strategist said.

His boosters still see a clear path to victory. Biden is at the top of early national polls, is well known and liked by Democrats, and enjoys strong support among African Americans–a constituency with clout in picking the Democratic nominee. Biden’s popularity among white working-class voters, many of whom sided with Trump in 2016, is particularly tempting to those who want more than anything to win the White House. “The most important issue for Democrats writ large across the country is not some ideological stance. It is beating Donald Trump,” says Patti Solis Doyle, Biden’s chief of staff during the 2008 Obama campaign. “But it’s a mistake to take lightly the role of women in elections. They have fueled the Democratic Party since Donald Trump won.”

Allies have rallied behind Biden in recent days, arguing in op-eds and tweets that he has a long record of empowering women. But his inner circle is split on how to handle the tricky politics at play. Some insist he should defer to his accusers; others are urging him not to flinch, lest he be treated like Al Franken, who resigned from the Senate after multiple women accused him of groping or forcibly kissing them. Many Democrats now regret sidelining Franken, a fundraising powerhouse, at a moment when Republicans embrace a President with a much more problematic record with women. For now, Biden’s biggest challenge is clear: he must carefully balance his long history with an aspirational future. 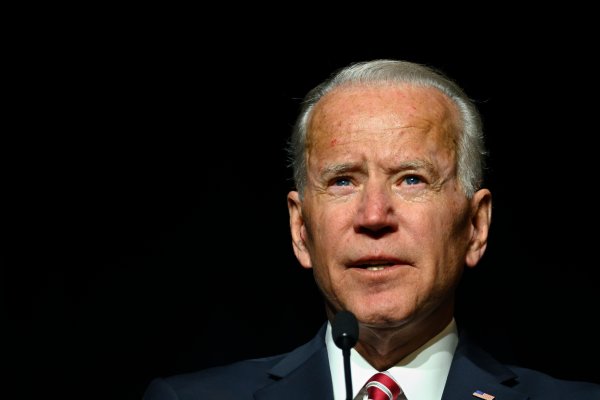 I’ll Be Much More Mindful'
Next Up: Editor's Pick