I Worked With Joe Biden. Here’s What to Know About the Frontrunner Myth Growing Around Him

Ideas
By Jennifer Palmieri
Palmieri is the former Director of Communications for Hillary Clinton's 2016 presidential campaign and the author of Dear Madam President: An Open Letter to the Women Who Will Run the World.

I am a little surprised that people have been surprised by the rough patch Joe Biden has hit in the past few weeks. The questions Biden has faced—from his handling of the Clarence Thomas hearings to his physical displays of affection—were entirely predictable. I imagine he himself predicted them.

When I was White House communications director for President Obama, I saw him express physical affection for women and men both, and he often greeted me warmly with a hug or even a kiss on the forehead. It was unusual behavior for a work setting, yes, but he is someone who has endured a lot of personal loss in his life and wears his emotions on his sleeve. In my experience, his overly affectionate behavior was his way of putting more love and support in the world. That was not all women’s experience, though. He clearly made some women uncomfortable, and now he is facing the consequences.

I have watched expectations rise around Biden with trepidation. A lot of Democrats have set their hopes on him. They anxiously eye Bernie Sanders’ strong standing—as a candidate they believe to be too far left. They see a Biden candidacy as a way to recapture the white working-class part of the Obama-Biden magic and win back those Obama voters who turned to Trump. All the while, there’s a nostalgic appeal to a Biden presidency: His folksy ways feel like a tonic, an assurance that things can return to “normal.” A President Joe Biden, the thinking seems to go, would reduce President Donald Trump to a bad dream. Now, suddenly, nothing about a Biden candidacy seems inevitable, including whether there will even be one.

But it was never fair to make Biden a vessel for Democrats’ hopes and anxieties. His early standing atop the polls seems like more of a reflection of many Democrats’ 2016 grieving process than a predictor of who will ultimately win the Democratic primary. No one is going to be able to return America to “normal” and no one—particularly in a field this large and talented—can enter the race in first place and expect to stay there.

In my experience, early frontrunners like Biden face a battle against attrition. Even if he ultimately wins the Democratic primary—which he still has a good chance of doing—his support will first likely erode, not grow. He will have to shed all of these false expectations that hang around him now and come back with support that he’s earned by being a good candidate for 2020. Any early support based on the assumption that a candidate will do well is fickle.

Admittedly, given the history of abuse women have endured for—oh—all of human history, nuance has unsurprisingly been a hard tool for men to employ in defending their actions. But it’s not impossible that the Joe Biden I know could be the one to navigate these waters. Many women have come to his defense in the last few days—while appropriately respecting, with concern, the unease some women said they experienced.

Biden has already said he understands he needs to listen to the women who are uncomfortable with his behavior. And assuming he runs, he will need to answer more questions on this topic than I am sure he would like. It won’t be fun for him, but that’s what he will have to endure to convince voters he has learned the right lessons. In my experience, two qualities define him: the love for his family and an unshakeable belief in the American people. There is an opportunity for him to do some good here, to prove right the women who have stood up for him.

There are more positions Biden will have to explain. He has been in public life for a long time and has a long record—built during a period of immense social change—that has to be reconciled with the country America is today. But there is something of real value at the core of Joe Biden that cannot be denied. It is as foolish to count any candidate out at this point as it was foolish to believe any one candidate was an obvious savior. 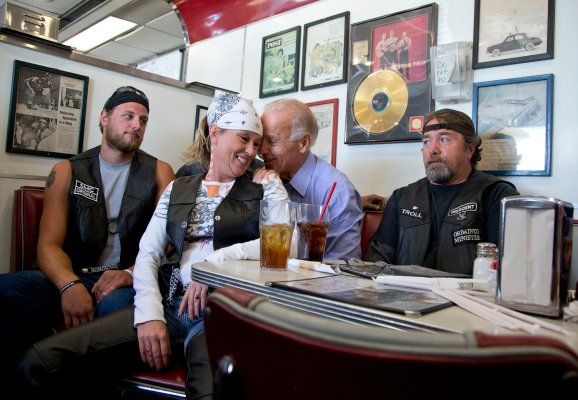 Joe Biden and the Hard Choices for Democrats in 2020
Next Up: Editor's Pick