Ryan O’Connell Came Out of the Disability Closet. Now, He’s Changing the Conversation

Ryan O’Connell likens his new show, Special, to an Ariana Grande song—which is to say, it’s pop. It’s not Stravinsky or Coltrane; it’s not, as he puts it, “some lo-fi mumblecore sh-t.” The semiautobiographical series he wrote and stars in, about an introverted millennial struggling to move out of his mom’s house and become a writer, is conventional. Most of its episodes have an A plot and a B plot. There’s a plucky protagonist and a lovable sidekick.

But ahead of its April 12 debut on Netflix, there are many for whom Special is so much more than your average sitcom. The series marks the biggest stage in recent memory for a creator with a disability—and an unprecedented platform that puts him in control of the storytelling. “I’m excited that people are saying, ‘I’ve never seen this before,’” says O’Connell, who has cerebral palsy (CP), over the phone from Los Angeles. “But part of me is also like, Why? We should have seen this 40 million years ago.”

In recent years, conversations about representation in Hollywood have increased in urgency, from #OscarsSoWhite to the whitewashing of Asian roles to the lack of women behind the camera. But disability has been almost as scarce in mainstream discussions as it has been on the screen. According to the Centers for Disease Control and Prevention, 1 in 4 Americans has a disability. Yet only about 2% of TV characters have a disability, and 95% of those that do are portrayed by nondisabled performers.

With Special, O’Connell, 32, wasn’t trying to fill a void. He was just trying to tell his own story. And he has been for the past decade, beginning with bracingly candid blog posts about everything from internships to sex, which led to a book deal at 25. That 2015 memoir, I’m Special: And Other Lies We Tell Ourselves, serves as the basis for the series. “I’m addicted to being honest,” he says. “It’s a compulsion.”

The book caught the eye of The Big Bang Theory’s Jim Parsons, who was launching a production company and optioned it for a TV project. “This is exactly what you’re looking for as a viewer, a reader, a producer,” says Parsons, who executive-produced the show. “Someone with this tragically specific point of view—comically so—but in a very everyman way.”

In the book, O’Connell, who had come out as gay as a teenager, came out of a second closet: until then, despite his penchant for honesty, he had kept his CP a secret, telling even close friends his limp was a result of getting hit by a car. (He actually was hit by a car, but the limp predates that.) He naively assumed coming clean was an end, rather than the beginning of a new reckoning. “I wasn’t recognizing the psychic harm of being closeted,” he says of that time. “Internalized ableism is a gnarly drug.”

In the four years it took to get the show made, O’Connell continued to process how honesty was reshaping his life. Special may be shot with a breezy, Los Angeles expansiveness, but spiritually it’s enclosed by the walls of that second closet. The show’s Ryan, an emotionally stunted version of the present-day one, keeps bumping up against them. In one episode, he’s set up on a blind date and swiftly rejects his companion, who is deaf, unable to see past his disability. “He hates seeing himself reflected back to him,” says O’Connell. It’s a deft rejoinder to anyone tempted to flatten disability into a one-dimensional, “Kumbaya”-singing monolith. But in other moments, he begins to see life beyond those walls. When he loses his virginity to a sex worker, the encounter is tender but vanilla, free of trauma and drama. O’Connell says several early viewers said they braced for Ryan to get hurt. “Are you thinking he’s going to get humiliated because he’s disabled?” he asks. “Are we conditioned to think there’s no way a gay guy can have a positive sexual experience?” Expectations like these reflect more about viewers, O’Connell says, than the show.

But there’s another set of expectations people bring, and they have less to do with what’s depicted than who’s doing the depicting. Last year, films such as Black Panther and Crazy Rich Asians were heralded as milestones in representation—not just for who was on camera but who was behind it. Among audiences, there’s an unprecedented desire to see control shift into the hands of storytellers who haven’t historically had much power. To O’Connell, ensuring that a story rings true is pretty simple: “It needs to come from a person that’s experienced it.”

O’Connell based the enmeshed mother-son relationship in Special on his own, imagining what it might be like if Ryan’s mom (Jessica Hecht) took the time to focus on her own needs
Netflix

The stories of people with disabilities have long been told by people without them, on both sides of the camera. There’s an entire subset of Oscar winners who got to the podium via the struggles of characters with disabilities: Dustin Hoffman in Rain Man, Daniel Day-Lewis in My Left Foot, Jamie Foxx in Ray. “It seems to be an easy way to get an award in Hollywood,” says Jennifer Laszlo Mizrahi, president of the nonprofit RespectAbility, which aims to advance opportunities for people with disabilities. O’Connell didn’t intend to star in Special—“We honestly had no money,” he says of the decision. But even if he hadn’t, he can’t fathom an actor who doesn’t have CP in the role. “The thought of having an able-bodied person play-limp makes my insides fall out,” he says.

The problem isn’t just who gets the roles. It’s whether they exist at all—an issue exacerbated by the lack of people with disabilities in writers’ rooms and directors’ chairs. It’s not just that it’s rare for people with a disability to have a leading role; they’re often erased from the crowd too. Disabled characters that do make it to the screen have been plagued by harmful stereotypes from the start. During the silent-film era, they fell on either end of a spectrum: childlike and desexualized or vengeful and grotesque. A century later many see the X-Men “mutants,” who rise above their impairments with superhuman powers, as a suggestion that a disability is something that should be heroically overcome. The comedian and activist Stella Young popularized the term inspiration porn to describe the treatment of people with disabilities as extraordinary just for going about their daily lives.

These issues don’t get the attention of a viral, campaign-like #OscarsSoWhite hashtag, in part because stigma keeps so many in the closet. “The majority of disabilities are invisible: mental-health conditions, chronic pain, learning disabilities,” says Mizrahi. She estimates the movement is now where the LGBTQ movement was 20 years ago. The lack of intersectional representation—characters with disabilities are largely white, male, straight and cisgender—makes Special that much more of a unicorn.

There are a few other bright spots. ABC’s Speechless stars an actor with CP playing a character with CP. The show’s creator, Scott Silveri, was inspired by his own experiences growing up with a brother who had CP. The same network’s popular The Good Doctor has been criticized by some for starring a neurotypical actor as a surgeon with autism. But others have lauded it for weaving people with autism into the fabric of the show, from the writers’ room to the team that does its computer graphics.

“The goodwill is there,” says Mizrahi. (So is the money: Nielsen Media Research estimates the disabled population’s buying power is $1 billion.) “It’s just that it had never occurred to them to include us.” Hollywood types, O’Connell says, are always saying that buyers want a certain kind of show right now, but he balks at this. “They don’t know what they want,” he says. “They need you to tell them.”

Within a few days of launching, the trailer for Special was approaching 3 million views on Twitter, racking up hundreds of thousands of likes and retweets. The comments constituted a chorus of finallys. A few commenters said they were, like O’Connell, both gay and living with CP. But many identified with one or the other or neither. “It was so important to me that this show feel universal,” O’Connell says.

Still, being called a trailblazer gives him some anxiety. “I don’t know everything there is to know about disability. I just know what I went through,” he says. He does know that if Special had been around when he was younger, “I would have left ‘I hate myself’ a long time ago.” And he might have realized sooner that the career path he’s on now was available to him. “I wasn’t thinking when I was 12 years old, ‘I want to write and create and star in a TV show,’ ” he says. “I was just trying to get out alive, honey.”

Special doesn’t so much plug a hole as it puts one small patch on one small corner of an abyss. But it’s a start. “I’m glad it’s out,” O’Connell says of the show. “But let’s do better. And let’s get there faster. 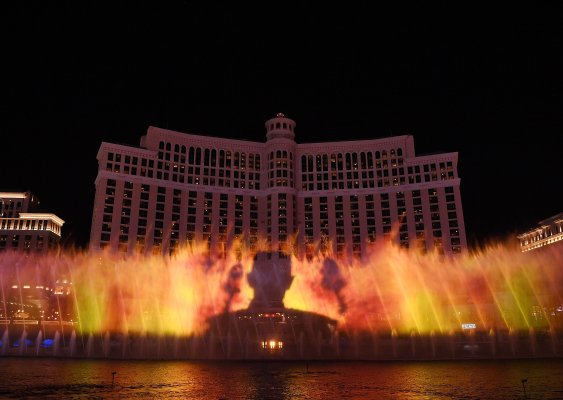 Game of Thrones Dragons to Setting Fountains on Fire Is Enough to Make Your Jaw Drop
Next Up: Editor's Pick