While appearing on The Tonight Show Starring Jimmy Fallon on Monday night, Game of Thrones actress Maisie Williams ended up giving viewers an April Fool that they definitely didn’t see coming. As fan favorite character Arya Stark on the popular HBO show — which airs its eighth and final season starting April 14 — Williams and her fellow cast members have had to keep extremely mum about what goes on in the fantasy series’s last episodes. But under the pressure of Fallon’s needling for “one little hint, a crumb” of a spoiler, Williams seemed to pretend to “crack.”

“During shooting, the final days were really, like, emotional saying goodbye to the cast. Because I found out Arya died in the second episode—” she began. The shocked reactions of the audience and Fallon tipped her off that she may have let something rather critical slip, in this case the fate of her character. In an uncomfortable exchange, Fallon assured a speechless and concerned Williams they could “edit” her statement out of their episode. But Williams still ended up running off stage, leaving Fallon without a guest on his couch for long seconds.

But of course, Fallon and Williams quickly reunited to give audiences some reassurance: it was just an April Fools’ Day prank after all. For Arya Stark’s real fate, viewers will still have to watch Thrones when it finally comes out later this month. 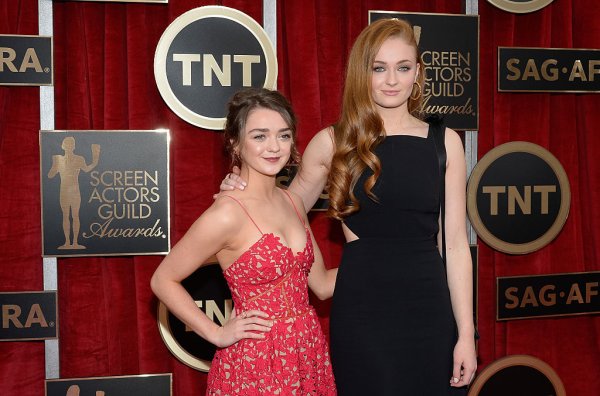