Mexico's Security Chief Says He Was an Undocumented Worker in the U.S.

Mexico’s top cop, who’s pledged to weed out criminals in migrant caravans, has his own history of working illegally in the U.S.

Durazo’s past isn’t unusual. But the fact that the very person in charge of patrolling caravans in Mexico worked undocumented shows how pervasive such migration has been in recent decades. It may be one of the starkest reality checks for U.S. President Donald Trump’s demand that caravans be stopped altogether or he’ll close the border and stop aid.

Mexican President Andres Manuel Lopez Obrador has pledged to fight illegal immigration by aiding Central American nations in improving conditions in their countries, and he’s offered to help migrants find jobs in Mexico. He’s declined to respond to Trump’s threats. His interior minister, Olga Sanchez, warned last week she has information about the creation of a new migrant caravan of more than 20,000 people from Honduras, Mexican newspaper El Universal reported.

Durazo pledged at the event in Sonora that he wouldn’t allow people with criminal records to remain in the caravans, according to La Jornada. Afterward he told reporters that several law enforcement agencies will be monitoring caravan members.

“There will be intelligence work shared by several agencies and anyone who isn’t participating in the caravan in an orderly way, who isn’t registered, we’ll help them go to the National Immigration Institute to regulate their stay in the country,” Durazo said, according to a recording of his statement sent by his press office. 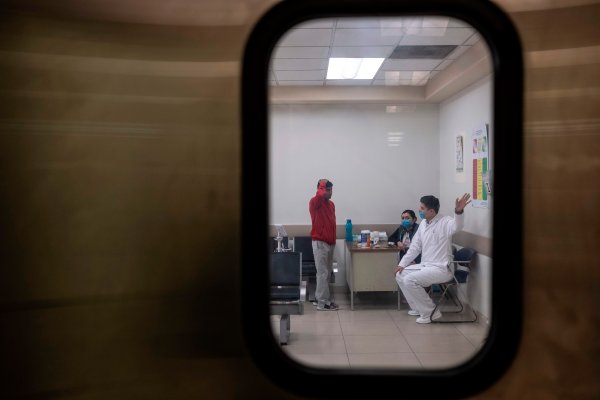