On Equal Pay Day, we rightly focus on how a woman would have to work over three months more in order to make what her male counterpart did last year for the same full time work — a gender pay gap that amounts to about $900 billion in annual lost earnings for women holding full-time jobs. But inequities in the workplace go far beyond wage disparity.

One of the most overlooked forms of discrimination is unequal discipline, and our research indicates that female employees responsible for trivial to small missteps are subject to far worse penalties than males.

It was Betty Dukes, a Walmart greeter who led a high-profile Supreme Court case in 2011 on this very matter, who led us to conduct our study. Dukes charged Walmart of systematic gender discrimination, alongside 1.6 million other female Walmart workers (though the Court eventually ruled they could not sue as a class). In a statement to the Senate Judiciary Committee, Dukes described how she suffered “discipline for actions which men were free to take without punishment.” Her male employees evaded punishment for minor offenses like returning late from a work break, while the same infractions led to Dukes’s demotion. And as a black woman, Dukes’s gender and race combined meant she could be vulnerable to twice the biases as a white man.

As researchers of inclusion and justice issues, we wanted to dig deeper and test if members of historically discriminated-against groups like women and minorities were encountering more unfair penalties. In this study, conducted with Dr. Hannah Riley Bowles, we asked 159 participants to read about workplace indiscretions committed by a hypothetical employee that varied in severity, from disobeying one’s boss, lying about hours worked or reckless workplace behaviors that could have endangered a co-worker. Then they rated how severe these infractions were and how much punishment they deserved. While the list of infractions did not change across conditions, descriptions of the wrongdoers did. By changing their names, some descriptions suggested the offender was either female or male, and black or white. Black-identified names were Jamal or Latoya, and white-identified names were either marked as Greg or Kristen.

These results illustrate an important point about inequity in organizations: women and minorities, who have less power in organizations, live in “tighter” worlds — meaning they’re subject to much stronger punishments for the same norm violations, as Betty Dukes charged in her case. Majority men, by contrast, have greater power and more latitude to deviate from rules: They live in “looser” worlds.

We can see the real-world downstream consequences of these lab-based findings in a recent study from management scholars who conducted an in-depth analysis of gender discrimination in the financial-adviser industry. Female advisers, despite being equally productive as their male peers on the job, were found to be 20% more likely than male advisers to get fired for engaging in any transgressions. After their firing, women then faced longer unemployment spells than their dismissed male colleagues. This suggests women experienced penalties with a longer shelf-life, which compromised their future prospects as well.

Women are not the only ones to suffer due to this double standard, though. Importantly, the study showed that firms do as well. Just like what we found, male executives in the financial adviser industry were more forgiving toward other male employees. But was this leniency warranted? No. The report found male financial advisers with a past record of misconduct were roughly two times more likely to be future repeat offenders than female advisers. Additionally, resolving the misconduct of male employees was 20% more costly on firms. Not only did this systematic absolution of males leave companies vulnerable to future risks, but the damage control was more expensive.

In today’s workplaces, we cannot assume that employees will be equally hit with the same punishment for the same misdeeds. This form of discrimination affects women and minorities, leading to demotions, negative work evaluations, and missed opportunities in pay raises and dismissals. In addition to the valuable policy goal of closing the wage gap, Equal Pay Day is an opportunity to consider the many deeper systematic forms of discrimination that exist in our workplaces and within ourselves. Even something as fundamental as our judgment of wrongdoing is likely ensnared by our prejudices. 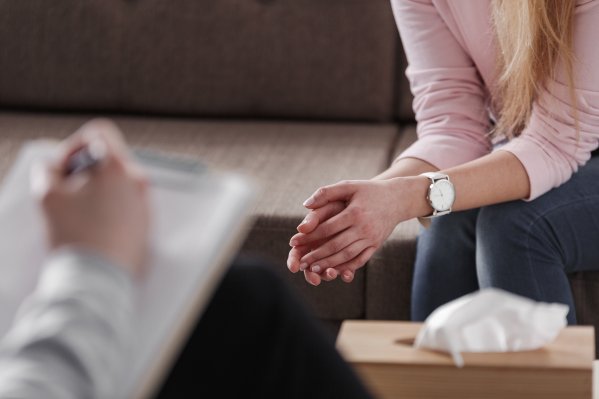 Why Therapists Break Up With Their Patients
Next Up: Editor's Pick