Flu Season Isn't Over Yet — and More Serious Strains Are On the Rise, CDC Says

Flu season has been relatively mild in the U.S. this year. But even though it’s late in the season — flu activity tends to wrap up by May — influenza viruses are still circulating, according to a recent health alert from the Centers for Disease Control and Prevention (CDC).

H3N2, an influenza strain known to cause more severe illnesses, is now making up a greater proportion of cases than it did early in the season, while lower-severity H1N1 and influenza B viruses are dropping off, the CDC says. Flu shots tend to protect against H1N1 and influenza B better than they do against H3N2.

Given those trends, flu season is likely to continue for several more weeks, the alert says. As of the week ending March 23, 20 U.S. states were still experiencing high influenza-like illness activity, according to CDC data.

Flu activity has been above baseline for 18 weeks, making this season a bit longer than some in recent years; the average over the last five seasons has been 16 weeks, the CDC says. Nonetheless, this season has been much milder than last year’s flu season, which killed about 80,000 people. The CDC estimates that influenza has caused up to 35.9 million illnesses, 508,000 hospitalizations and 46,800 deaths since the 2018-2019 flu season began in October.

Until flu season officially ends, Americans should continue to take precautions to limit its transmission, including washing hands regularly, staying home when sick and seeing a doctor for antiviral drugs if flu symptoms surface. It’s also not too late to get a flu shot if you haven’t already. 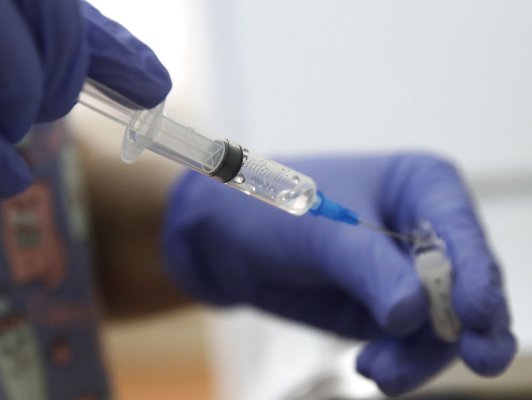