Nearly Half of Men Believe the Pay Gap Is 'Made Up,' Survey Finds

It can be hard to argue for remedies to a problem when there’s still a debate about whether that problem exists. This dilemma has stymied advocates decrying issues that range from climate change to discrimination. And a new poll from SurveyMonkey, revealed first by TIME, shows that a significant belief gap exists when it comes to the issue of equal pay.

According to an online poll of 8,566 American adults conducted in March, nearly half of men (46%) believe that the pay gap “is made up to serve a political purpose,” rather than being a “legitimate issue.” And about a quarter of men ages 18 to 34 (24%) say that media reports of men and women being paid unequally are “fake news,” one option provided in the poll. Overall, 62% of Americans believe that men make more money than women for similar types of work, with men and younger Americans most likely to incorrectly say that there is no gap in pay.

According to the latest data from the U.S. Census Bureau, women in America are on average making about 81 cents for every dollar that a man makes. April 2, 2019 is Equal Pay Day, a date chosen to symbolize how far into the year a woman must work in order to make what a man did the year before.

“There are loud voices invested in saying this is a made-up problem,” says Emily Martin, who oversees work related to education and workplace justice at the National Women’s Law Center. “The status quo is very good at defending the status quo. That means there are powerful megaphones being used to say ‘Nothing to see here, everything is fine. If women are making less, it’s really because of their choices.'”

Research suggests that factors such as experience, hours worked and the different occupations women and men tend to have help drive discrepancies in pay. But about a third of the pay gap is “unexplained.” And advocates say it’s a mistake to think that the rest of the gap isn’t also impacted by discrimination. “The fact that women are over-represented in low-wage jobs is itself a phenomenon that exists and is influenced by discrimination,” Martin says.

Women may encounter harassment or hostility when trying to enter or advance in male-dominated fields where pay is greater, and they are disproportionately hampered by family caregiving responsibilities. Research also shows that when women enter a field in large numbers, wages tend to go down, and that men are paid higher salaries even in fields that women tend to dominate, such as nursing.

When asked what they thought of the fact that women were paid less than men for similar types of work, 71% of women characterized it as “very unfair,” compared to 48% of men. While a majority of women (62%) said that there are still significant obstacles that make it harder for women to get ahead, a majority of men (58%) said that obstacles that may have made it harder for women to get ahead in past are now “largely gone.”

When asked about their own companies, one-third of women said that men make more money than women, while just 13% of men said the same.

The poll also asked about several solutions being proposed as ways to close the gap, many of which make an appearance in the Paycheck Fairness Act. That bill, passed by the House of Representatives on March 27, would prohibit employers from asking job candidates about their salary history (to help keep suppressed wages from following workers as they move from job to job). It would mandate that employers share salary data with the government, a measure proposed under Obama that has also been winding its way through the court system, and would prohibit employers from retaliating against employees who discuss wages with their colleagues.

Research suggests that transparency can be a powerful tool. If employees of a company know what other workers in the same position are getting paid, that not only lays bare any discrepancies but also can give underpaid employees bargaining power.

Just over half of respondents said they thought it would be helpful for companies to report pay statistics to the government (55%) or the public (52%). A similar proportion said it would be helpful to prohibit employers from asking about previous pay. In each case, women were more likely than men to see potential in these measures.

“It’s clear that there isn’t yet a solution that Americans are willing to rally behind,” says Jillesa Gebhardt, a SurveyMonkey research scientist who led work on the poll. “And it may be very challenging to develop one that the majority will support.”

Another culprit that researchers have pointed to is the “expectation gap.” Nina Roussille, a graduate student working in the University of California–Berkeley Opportunity Lab, partnered with job platform Hired to analyze pay disparities in the tech industry. What she found is that women tended to ask for less money than similarly qualified male peers. “Women expect less and therefore get less,” she says. Transparency efforts, advocates note, can also help individuals have a better sense of their true market value.

Hired has been releasing reports on salaries that candidates ask for and are offered through their platform for several years. As the issue of equal pay has become more prominent, the gap between what men and women are offered for jobs in tech has been decreasing, according to their data. And the frequency at which women ask for lower salaries has been on the downswing, as well.

Hired CEO Mehul Patel emphasizes that while their data shows things in the tech industry are getting better, certain groups — such as Hispanic women and black women — remain particularly underpaid when compared to white male peers. When asked about the sizable chunk of the population who thinks that equal pay is a non-issue, Patel suggests that it may come from a lack of first-hand experience.

“If you’re not living it,” he says, “maybe you’re blissfully unaware.” 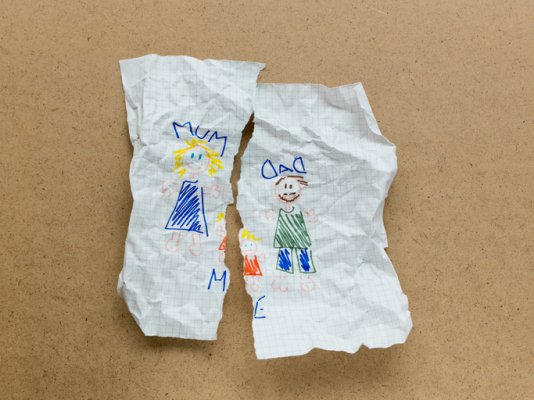 Why Divorce May Hurt Wealthier Kids' Education the Most, According to a New Study
Next Up: Editor's Pick