Review: Apple's New AirPods Are Great if You Don't Have AirPods Yet

From the Mac to the iPod to the iPhone, Apple is a master of making iconic products. Even if some of the company’s gadgets aren’t necessarily best-in-class, they’re often the most recognizable and desirable. That tradition of technological trendsetting has continued with the AirPods, which went from ridiculous to status symbol in a matter of memes.

Two years after the AirPods were introduced, Apple has released a new version with updated internals and a few pleasant creature comforts. Together, the tweaks make the AirPods easier to use without compromising their compact design and minimal aesthetics. In short, Apple’s wireless earbuds are a bit better than they were before. But is that good enough?

Apple’s new AirPods ($159, or $199 if you want the wireless charging case) don’t exactly stand out from the last generation. In fact, the only exterior difference is found on the optional wireless charging case, which has the charging LED on the front instead of inside. The AirPods themselves are still sleek, white, button-free earbuds. There’s still a one-size-fits-all/most/some design, and no waterproofing to speak of.

Instead, the updates here are mostly on the inside. A new H1 chip makes switching between your iOS, macOS, and Apple TV products quicker and more seamless. Where I’d have to wait upwards of 30 seconds for first-generation AirPods to switch between devices, the newer model typically slices that time by more than half. That makes using AirPods on other Apple devices feel less like an experiment and more like the experience it was meant to be.

That new chip also helps the AirPods last 50% longer during music playback and phone calls. When the buds are depleted, a 15-minute stay in their charging case will grant up to three more hours of music playback. They can be recharged multiple times before needing a full top-up.

In terms of audio quality, don’t expect a resounding improvement. There may be a new processor inside, but AirPods still deliver the mediocre sound quality you’d expect from such tiny buds, though with a tad more bass this time. Other truly wireless earbuds, like Master & Dynamic’s $299 MW07, easily trounce the AirPods in terms of audio quality. (That said, the AirPods offer a more convenient experience, fit in a smaller package, and generally don’t require any wings or other accessories to stay put in your ear, though third-party options are available.)

Tied for “most interesting feature” is the addition of hands-free Siri and the introduction of the optional wireless charging case. That case seemed like it would have been perfect for Apple’s AirPower charging mat, though the company said Friday that the product was being canceled. (An unexpected move, given that AirPower is even mentioned on the new AirPods’ box.)

Saying “Hey, Siri” works like a charm in noisy spaces, though the Apple-exclusive voice assistant could do with a speed bump in terms of response time. I often asked Siri to turn on my smart lights or tell me the weather, only to be interrupted by the voice of an inquisitive Brit saying, “Hmm?” Either that, or Siri would remain silent until I finished speaking, leaving me to wonder whether or not she heard me until my room suddenly went dark or she read me the forecast.

Whether or not you’ll use hands-free Siri depends on how you feel about voice assistant etiquette. If you’re like me, you may be reluctant to use the feature in public, and since you’re probably not wearing these at home, it might not be all that useful. It’s at least a handy way to change the AirPods’ volume without pulling out your phone, as there’s no way to tweak that setting by touching the buds themselves.

While AirPower has been grounded, the AirPods wireless charging case is compatible with Qi wireless chargers and — in a strange twist of fate — the Wireless PowerShare feature on rival Samsung’s line of Galaxy S10 smartphones. The case will charge first-generation AirPods as well, so if you’re clambering to get rid of some wires, now’s your chance, as the case is available solo for $79. Beware of vertical Qi chargers, designed for smartphones, which won’t work with AirPods.

All these internal updates are well and good, helping the AirPods remain the best pair of truly wireless earbuds you can buy. But they are only incremental upgrades, meaning existing AirPod owners who make the switch may feel shortchanged. First-time buyers, however, will likely appreciate the improvements.

Still, the new AirPods highlight Apple’s increasingly lax approach to design. The most glaring example is the lone LED on the wireless charging case. It’s nearly impossible to tell how much battery life is left without opening the case and looking at your iPhone, defeating the light’s seemingly intended purpose. It’s a minor but surprising oversight coming from the company that revolutionized charging with magnetic power cords, LED-based battery level indicators, and extolled the virtues of its “breathing” sleep light on MacBooks from years past — all great features sadly eliminated from Apple’s latest batch of products.

That design misstep aside, AirPods remain the go-to truly wireless headphones for iOS users. They do what earbuds are supposed to do, and do it well. The addition of hands-free Siri, the improved device switching, and the increased battery life all add up to a truly better experience. But those who were hoping for a more revolutionary change will be left disappointed. 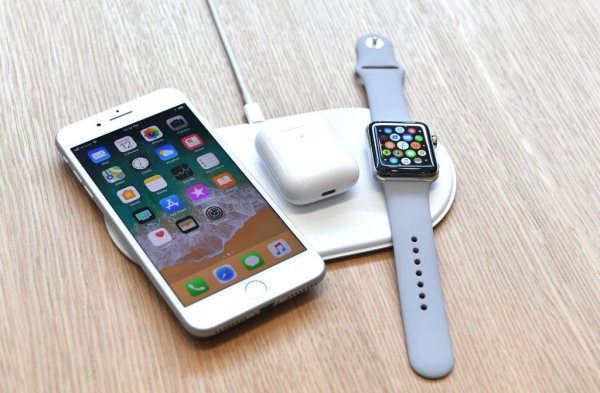 Apple's AirPower Wireless Charging Mat Gets Shot Down Months After Missed Deadline
Next Up: Editor's Pick