George Clooney has called for a boycott of nine hotels connected to the ruler of Brunei, where gay sex will be punishable by death starting April 3.

In an op-ed written for Deadline Hollywood, Clooney spoke out against Brunei’s harsh law, which permits death by stoning for gay sex and adultery. Clooney writes the Sultan of Brunei owns “nine of the most exclusive hotels in the world,” and implores people to stop staying at the properties in protest.

Sharing that he has previously stayed at many of the hotels owned by the Sultan of Brunei because he did not know about their connection, Clooney wrote, “They’re nice hotels. The people who work there are kind and helpful and have no part in the ownership of these properties.”

“But let’s be clear, every single time we stay at or take meetings at or dine at any of these nine hotels we are putting money directly into the pockets of men who choose to stone and whip to death their own citizens for being gay or accused of adultery,” he continues.

Brunei had already made homosexuality illegal, but those caught were previously punished with prison time. The nation introduced Sharia law in 2014, sparking a boycott of the Beverly Hills Hotel and and Hotel Bel-Air in Los Angeles, which are owned by the Sultan. The harsh punishment for homosexuality comes as Brunei continues to implement Sharia law.

A view of the grounds of the Beverly Hills Hotel. (Photo by Ben Martin/Getty Images)
Ben Martin—The LIFE Images Collection/Getty

Along with the Beverly Hills Hotel and Hotel Bel-Air, the hotels with ties to the Sultan of Brunei span across the world, including The Dorchester, 45 Park Lane and Coworth Park in the U.K.; Le Meurice and Hotel Plaza Athenee in Paris; Hotel Eden in Rome; and Hotel Principe di Savoia in Milan.

Clooney notes in his piece that a renewed boycott on the hotels would “have little effect” on Brunei’s death penalty for gay sex. But he asks the public to stop funding the “murder of innocent citizens.”

“I’ve learned over years of dealing with murderous regimes that you can’t shame them,” he writes. “But you can shame the banks, the financiers and the institutions that do business with them and choose to look the other way.” 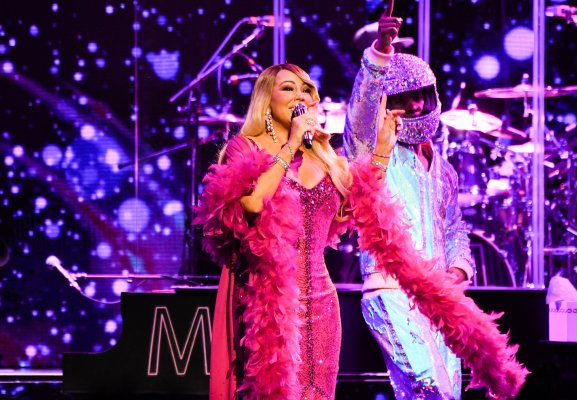 People Have a Lot of Emotions After Mariah Carey Shares Ariana Grande's Sweet Birthday Message
Next Up: Editor's Pick