13 New Books to Read This April

Making tough decisions can be agonizing. For many of the characters and authors of the best books out this April, the stakes are intensely high. In the novel Women Talking, based on a real case, a group of Mennonite women learn they have been drugged and raped by men in their community and must choose whether to stay silent, leave their homes or fight back. In the novel Miracle Creek, an experimental medical facility mysteriously bursts into flames one night, setting off a trial where those called to the stand must decide which truths are worth telling. And in the nonfiction book Firefighting, three policymakers write about the decisions they made to try to put the U.S. back on track after the economic crisis of 2008. Here, 13 new books to read this April.

Veteran author Ann Beattie’s 21st book begins at a New England boarding school, Bailey Academy, where protagonist Ben has just joined the honor society. There, he spends time with an ambitious but obscure teacher, Pierre LaVerdere, whose guidance greatly impacts his students even after they graduate. In the years that follow high school, Ben goes to college and then moves to upstate New York, where his life is interrupted by the reappearance of LaVerdere. The teacher’s new and unwelcome presence leads Ben to reexamine what he really learned at school.

In his latest collection, award-winning poet Jericho Brown dissects how hate is experienced in the U.S. Brown confronts the nation’s painful history in poems that tackle racism and other forms of discrimination, connecting the country’s past with the aspects of ugliness that still plague the present. The Tradition raises imperative questions about the definition of safety and the true meaning of freedom.

Most American history classes detail the abolition of slavery after the Civil War and the civil rights movement that occurred after World War II, but what about the century in between? Literary scholar, journalist and filmmaker Henry Louis Gates, Jr., explores this important period in his new book Stony the Road. Gates focuses on the rise of Jim Crow and explains the origins of structural racism, crafting a harrowing but necessary account of the violence — including lynching and murder — experienced by black Americans.

Miram Toews’ latest novel may be fiction, but it is based on a haunting true story. In Bolivia in the early 2000s, 130 Mennonite girls and women were knocked out by drugs and raped by men within their own community. They were told when they awoke that their pain was inflicted by ghosts or Satan punishing them for their sins. In Women Talking, Toews envisions what happens when eight of those women learn the true nature of the sexual crimes. They have only 48 hours to make an intensely difficult choice: stay, leave their homes and all they really know, or fight.

The premise of Pulitzer Prize finalist Susan Choi’s Trust Exercise is simple at first: David and Sarah, two first-years at a competitive performing arts high school, fall for each other. They begin seeing each other the summer, but when they return to school, their relationship falls apart. Things get more complicated when Choi fast-forwards the timeline by a dozen years and calls into question all the events that came before. The story grows bigger than David and Sarah’s romance, which may not have been exactly as it seemed.

Notes From a Young Black Chef: A Memoir, Kwame Onwuachi (4/9)

Chef Kwame Onwuachi’s memoir tracks his journey from a rough childhood growing up in the Bronx to competing on Top Chef. Onwuachi, chef of D.C. restaurant Kith and Kin, details his complicated past dealing drugs and doing what it took to survive. Through cooking, he was able to escape and rise through the ranks of the culinary world, eventually opening up his own restaurants.

Buy now: Notes From a Young Black Chef: A Memoir

During the 2008 financial crash, Ben S. Bernanke, Timothy F. Geithner and Henry M. Paulson were key players in constructing the American policy response to the economic disaster. A decade later, they analyze those decisions and discuss what we can learn from that period, a U.S. economic disaster second only to the Great Depression.

Buy now: Firefighting: The Financial Crisis and Its Lessons

When essayist and novelist Pico Iyer’s father-in-law dies, he must return to Japan, where he lives part-time, earlier than he anticipated. In his book Autumn Light: Season of Fire and Farewells, Iyer dives into the year that follows, when he is forced to come to terms with his loss and grieve with the people who surround him, including his mother-in-law, whose memory has taken a turn for the worse. Iyer describes more than just his mourning process, also illuminating Japanese culture and history as he begins to understand the value of embracing impermanence.

A small-town community in Virginia is stunned when an experimental medical facility — which sought to treat patients with conditions like autism and infertility — erupts in flames in the night and kills two people, including a young boy. Angie Kim’s debut novel Miracle Creek is both a courtroom drama and a family saga as the group of people involved in the incident each give an account of their whereabouts on the night of the deadly fire. In chapters that flip between seven perspectives, Kim has crafted a page-turner that also reflects on the lives of immigrants and parents of children with special needs.

Sally Rooney, the best-selling Irish author of Conversations with Friends, centers her second novel around the on-again, off-again relationship between Connell and Marianne, two teens who come from the same rural town but couldn’t be more different. As Rooney traces their journey from adolescence into early adulthood, she weaves a heartbreaking narrative that delves into the potency of first loves and how people can change over time.

Pulitzer Prize-winning columnist Anna Quindlen is no stranger to writing about the complexities of parenting, but in her latest memoir, she’s taking on a new subject: grand-parenting. As “Nana” to her grandson Arthur, the best-selling author has to navigate a steep learning curve. In Nanaville, Quindlen shares her honest and funny experiences with maneuvering through new territory as she learns the importance of stepping back, allowing Arthur’s parents to take the lead and carving a new role for herself.

What My Mother and I Don’t Talk About: Fifteen Writers Break the Silence, Michele Filgate (Editor) (4/30)

There are many things that can go left unsaid between mother and child. The essays in What My Mother and I Don’t Talk About seek to understand that silent space. Fifteen notable writers with different relationships with their mothers, including Alexander Chee, Carmen Maria Machado and Kiese Laymon, offer their voices in an intimate anthology about love, loss and family.

Buy now: What My Mother and I Don’t Talk About: Fifteen Writers Break the Silence

Mama’s Boy: A Story From Our Americas, Dustin Lance Black (4/30)

When Oscar-winning Milk screenwriter Dustin Lance Black came out to his deeply religious mother, he was met with fear: she was scared for his future. Their complicated relationship had already seen hardships — she’d contracted polio when she was only two years old — but he worried that her concerns over his identity could divide them forever. In Mama’s Boy, Lance shares this moment along with others from his difficult childhood, growing up gay in a conservative, Mormon household. Lance’s memoir illuminates how families can survive in the face of adversity.

Buy now: Mama’s Boy: A Story From Our Americas 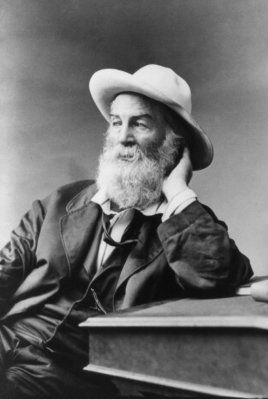 The Enduring Mystery of Walt Whitman's Meditation on Love and Sexuality
Next Up: Editor's Pick