'Meant for Each Other.' Snoop Dogg and Matthew McConaughey Have the Most Delightful Friendship

There’s a new best friendship emerging in Hollywood, and it’s a heartwarming one.

Matthew McConaughey and Snoop Dogg are apparently the best of friends.

In an appearance together on Jimmy Kimmel Live! on Wednesday, the duo talked about their experience working together in the new film The Beach Bum, from Spring Breakers‘ Harmony Korine, which hits theaters this Friday.

“I have no idea what was happening in it, but I thoroughly enjoyed it,” Kimmel admitted of his experience watching the comedy to the two stars.

In the interview, the guys addressed everything from whether the marijuana seen in The Beach Bum was real and which Jimmy Buffett song is Snoop’s favorite. When asked how they met, both men couldn’t come up with an answer. “I don’t want to remember,” Snoop said.

As it turns out, the two had more fun than average on the set of The Beach Bum. During the first shoot for the film, McConaughey thought he and Snoop were smoking from a prop joint made of oregano, but after the eight-minute take, he wasn’t sure it was phony marijuana after all. “‘That wasn’t prop weed, that was Snoop weed,'” McConaughey recalled Snoop telling him on set. “I said, ‘buckle up because here we go,'” McConaughey said. “I didn’t say another word of English really for the rest of the night.”

Watch the BFFs’ full interview with Kimmel below. 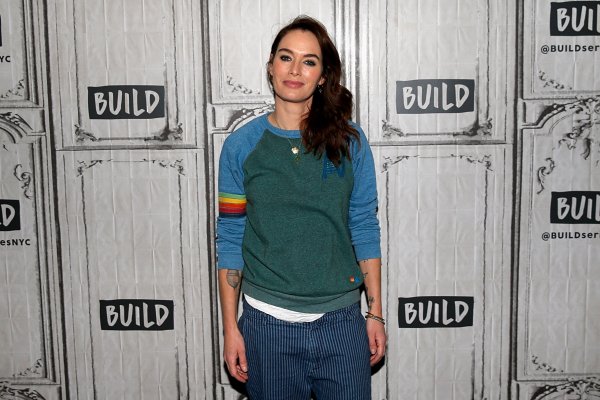 Lena Headey Silences Trolls Who Criticized Her For Sharing an Alexandria Ocasio-Cortez Clip
Next Up: Editor's Pick