John Oliver put aside politics for Sunday night’s episode of Last Week Tonight, and focused on professional wrestling, or as he calls it, the “only good excuse to wear a onesie.” “That’s right babies, you’re not pulling it off,” Oliver said.

While it may come as a surprise, Oliver claims he is a fan of wrestling and the WWE, which he finds “generally entertaining.” He’s not alone: The WWE has a billion fans on social media and, as per Oliver, earned $930.2 million in revenue last year. WrestleMania, WWE’s flagship event, rakes in more viewers than baseball’s World Series.

While WWE is fun to watch, especially compared to every other show that isn’t “a guy exploding through a table,” Oliver says there is a very dark side to the franchise, including the “shockingly high” death rates of pro wrestlers. The figure is so high—even compared to NFL players—that Oliver jokes it’s like “test pilots who lied on their resumes” or “zookeepers who aren’t going to just let some f—ing baboon talk to them like that.” While Oliver doesn’t get into specifics about the early death rate for wrestlers, he does note that WWE founder and owner Vince McMahon doesn’t provide health insurance or worker’s compensation for the stars. That’s because, according to Oliver, the WWE wrestlers are independent contractors who have exclusive contracts with the WWE and can’t work for anyone else, but are not technically employees of the company.

As Oliver explains, it’s because “McMahon plays an a—hole on TV, but is also an a–hole in real life.” According to Oliver, when you take “independent contractors working in a monopolized industry largely free from meaningful oversight who are able to be fired at any time, you wind up with huge potential for unsafe conduct.” To back up the claim, Oliver showed interviews with former wrestlers who pushed themselves to work when they were sick or injured, because if they didn’t they would not be paid and could potentially be fired. According to Oliver, the WWE is now worse than the NFL when it comes to taking care of its athletes. “When you have lost the moral high ground to the f—ing NFL you are morally subterranean,“ Oliver said.

There might be hope, though. Wrestling fans have become increasingly vocal and they genuinely care about the wrestling stars. If fans want McMahon to take better care of his employees—or even recognize them as employees—WrestleMania is coming up and, Oliver pointed out that it could be a good place to fight for change. “The event is live, the crowd is miked, they won’t be able to cut the chants out,” Oliver said. And then to make sure his point was clear “in the preferred language of wrestling of fans,” Oliver played a WWE-style ad pressing for “all your favorite wrestlers” having access to retirement accounts, workers compensation and family and medical leave. 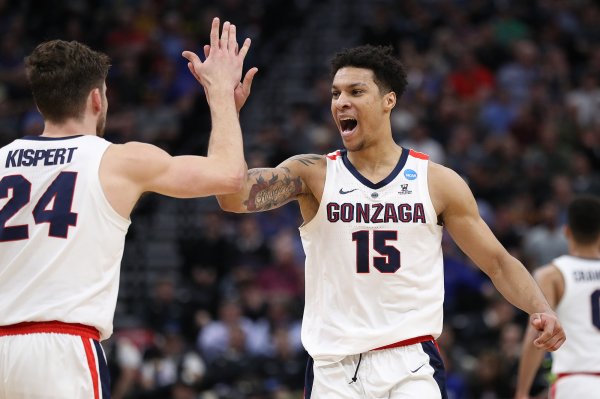 Gonzaga Does Everything They Can to Convince Jimmy Kimmel of Their Existence
Next Up: Editor's Pick