'I Dream of a Queer Future.' A Conversation Between Two Activists on International Transgender Day of Visibility

To mark International Transgender Day of Visibility, Amnesty International asked two activists from the Dominican Republic and Pakistan to share stories of the struggles they have faced.

Nairovi Castillo is executive director of the Community of Dominican Trans and Transvestite Sex Workers (COTRAVETD), an organization she co-founded in 2004.

Mehlab Jameel, 26, is a researcher and community educator who helped draft Pakistan’s landmark 2018 Transgender Persons Act — one of the most progressive laws of its kind in the world.

The discussion between them is a mark of how solidarity can bring immense comfort and strength in challenging circumstances.

Amnesty: Tell us about your upbringing.

Nairovi: I had a terrible childhood. I realized that I was a woman when I was still young, but my family never accepted it. When I was 13, they threw me out because of my sexual orientation. I started sleeping rough on the streets of Santo Domingo and taking psychoactive substances. The transitioning process to become a trans woman was very hard for me.

Mehlab: I was born in a small town in the Punjab province, and spent most of my life there until life became impossible and I moved to a metropolis to pursue higher education. Today, I work for a community-led organization HOPE (Have Only Positive Expectations) that advocates for the rights of gender and sexual minorities in Pakistan. A typical day for me involves thwarting the gender binary, defying patriarchy, plotting to overthrow capitalism and drinking lots of chai. You know, the usual things – nothing extraordinary.

What has been your greatest challenge so far?

Nairovi Castillo: The most difficult thing was gaining social acceptance. People called me a “faggot” for dressing as a woman. Many trans people have no choice but to engage in sex work to support ourselves. There are no job opportunities for us in the formal sector. I started working on my own, without a pimp, but, like all of us, I faced a lot of danger. I was stopped by the police almost every day. They beat me, they took my money and forced me to have oral sex with them. When I take off my clothes, I uncover all the scars of the ill treatment I’ve suffered. I can tell you the exact time and date I got each scar.

Mehlab Jameel: Trans people, especially from the part of the world where I am from, are always cast as hapless victims. People are so interested in learning about all the ways that we are oppressed, but not interested in challenging the systems that are oppressing us. It’s not that we do not face this violence every single day; it’s that we never get to speak about it on our own terms even within the narratives that are about us.

Tell us about the moment you chose to defy the status quo.

Nairovi: I was 29 when I became an activist. I saw how an organization called the Movement of United Women here in the Dominican Republic were supporting women sex workers who suffered from situations of violence, arrests, or HIV and I thought, ‘We need to do something like this.’ At that time, there was no organization that looked out for trans people here. We saw that we needed to organize ourselves as a group of sex workers because we have a lot of needs that are denied. So, in 2004, we founded COTRAVETD.

Mehlab: I think I have several of those moments within the span of a single day. It is only alongside others that one can fight for change. Our organizing work is not centered around an alienating and individualistic framework of rights, but instead focuses on demanding justice for the people – for us. As Angela Davis says, “It is in collectivities that we find reservoirs of hope and optimism.”

What is your greatest achievement?

Nairovi: Leading COTRAVETD. We carry out educational work so that the girls know their rights, and we hold workshops to raise awareness and train the military and police to stop abusing us. For me, going from being a trans sex worker who used to take drugs, to becoming the director of this organization and overcoming substance abuse — that’s a big achievement.

Mehlab: More than success, I find myself being curious about all the ways that I fail: failure to live happily in a patriarchal family, failure to make my trans-ness and its agendas comprehensible for a right-wing government. I am interested in my failure to find comfort in a society that constantly dehumanizes me and my very existence. My failures teach me something new every day about the violent nature of the society that I try to survive in, and the structures upholding that violence that I resist against.

Nairovi: In the Dominican Republic we need a gender identity law, so that we can have official documents that reflect our names and gender identities. We also urgently need an anti-discrimination law to ensure that the authorities protect us. So, Mehlab, how did you achieve this beautiful objective?

Mehlab: It was a collective effort. The Transgender Persons Act, among other things, allows people the right of self-determination of their gender identity and expression, and protection from discrimination. Our team consisted of lawyers, activists and researchers who worked tirelessly to ensure that the Bill before Parliament represented the demands of the community, especially those who are most economically marginalized and vulnerable to violence. It was difficult to break down barriers and gain access because the legislative process in Pakistan, as you can imagine, is a very exclusionary and elitist affair. The Act owes its victory to the brave trans warriors who fought against police brutality and gang violence all their lives.

Members of the Pakistani transgender community parade during a rally to demand for the implementation of the transgender rights bill in Lahore on December 29, 2018.
Arif Ali—AFP/Getty Images

Do you have a message for other trans people around the world?

Nairovi: We must keep fighting to end exclusion, stigmatization and discrimination, because social exclusion leads to the violations of our human rights. We can raise our voices and influence decision makers and force them to listen to us. We must empower ourselves and make people call us by our chosen names.

Mehlab: We carry society’s shame in every curve and crevice of our body, we are punished for being born into our beautiful bodies and demanding to make our own decisions about them. Our mere existence is marked with violence, erasure and hatred. There’s enough pain in our lives already, so don’t do it yourself. Be kind to yourself and those around you. Build a culture of care. And organize collectively for change.

What is your greatest dream for the future?

Nairovi: My dream for the future is to pass a gender identity law in my country and to establish a trans care home for elderly trans people, those who have no place to go, and those who live with HIV and have been rejected by their families. I want trans people to have other employment opportunities so that they don’t just have to be sex workers. This is my dream.

Mehlab: I dream of a queer future. It’s important to build a strong political culture in our movements that addresses the systemic roots of oppression affecting the people – not just trans people. It means so much to hear from a trans sister fighting a similar battle in a different part of the world. I would love to talk more about building transnational solidarity that can allow us to learn more from each other’s struggles. Such radical sisterhood beyond borders is what gives me hope for the future. I am incredibly inspired and touched to hear about the work you are doing. You are brilliant and a ray of hope for your community and I give you all my prayers and best wishes for your endeavors. More power to you! 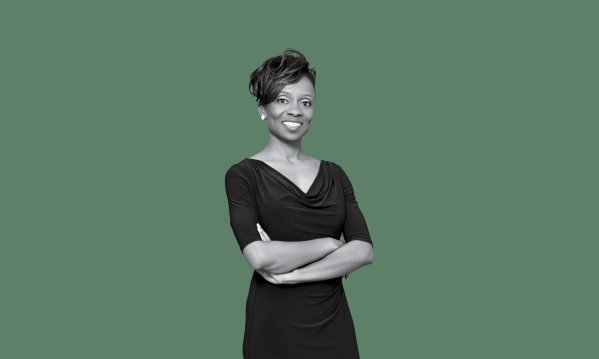 What Police Departments and the Rest of Us Can Do to Overcome Implicit Bias, According to an Expert
Next Up: Editor's Pick