Donald Trump promised to drain the swamp as president, so it was probably a foregone conclusion that his critics would eventually find a way to use that line against his administration.

But the way it was used against Interior Secretary nominee David Bernhardt amused the internet.

When former fossil fuels lobbyist David Bernhardt was testifying at a confirmation hearing before the Senate Thursday, a spectator who could be seen just over his shoulder on C-SPAN calmly put on a Swamp Thing mask and sat stoically.

It turns out, Greenpeace was behind the stunt, sharing Thursday afternoon that the organization staged the move to urge Senators to oppose Bernhardt’s nomination.

“David Bernhardt heading the Interior Department would be a dream come true for fossil fuel companies, but a nightmare for the American people. If ethical violations alone don’t disqualify him from holding this position, his record of selling out public lands and waters to his industry buddies should,” a statement read.

See some of the best swamp thing tweets below. 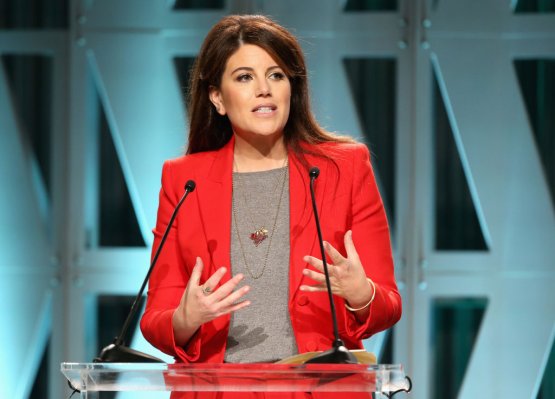 Monica Lewinsky Has Thoughts About How the Mueller Report Compares to the Starr Report
Next Up: Editor's Pick