Israel’s Prime Minister Benjamin Netanyahu arrived at the White House on March 25 to stand shoulder to shoulder with President Trump, a friend and ally doing his best to help him win re-election this month. Bibi needs the boost. He faces both corruption charges and a strong challenge from an opposition alliance led by his former army chief.

Netanyahu’s fortunes were vastly improved by the change in leadership in the White House. Relations with Barack Obama were famously frosty, not just because the two men were temperamentally incompatible, but because Netanyahu believed Obama’s approach to the Middle East, with his cautious support of the Arab Spring, threatened Israel’s security. More ominously from Bibi’s point of view, Obama directly engaged with Iran for the nuclear deal in hopes that a less isolated Iran might become less confrontational with its neighbors.

Donald Trump has taken a different approach, to put it mildly, and there’s a reason he has a near 70% approval rating in Israel. Trump has reinvigorated U.S. ties with Saudi Arabia and adopted a confrontational approach to Iran. He has withdrawn the U.S. from the nuclear deal. Where Obama hesitated, Trump ordered military strikes against Syria’s Bashar Assad in response to his use of chemical weapons.

On Israel itself, Trump has followed through on Washington’s decades-old promise to defy Arab criticism by moving the U.S. embassy from Tel Aviv to Jerusalem. On March 25, he announced the U.S. would set aside precedent to formally recognize Israel’s authority over the Golan Heights, a piece of strategically important land seized from Syria during the 1967 war.

Yet the strength of Netanyahu’s political position comes less from the change in the White House than from Israel’s stable place in the region. Over a decade of Middle East turmoil, Israel has managed to remain mainly above the fray of the upheavals within Arab countries and the Saudi-Iranian proxy wars. This has allowed Netanyahu to maintain a solid bond with the U.S., even when Netanyahu and Obama were at odds, and to build pragmatic relations with Russia, particularly in containing the violence in Syria. It has helped Israel’s Prime Minister improve relations with Arab countries that once called for Israel’s annihilation. He has built promising ties with China and India.

This is why Bibi’s main opponent in this month’s elections, his former army chief Benny Gantz, has offered voters a foreign-policy platform virtually identical to the Prime Minister’s. He has avoided promises to work toward an independent Palestinian state. He pledges to keep Jerusalem undivided, the Golan defended and the West Bank under full Israeli control. Gantz promises a hard-line approach to Iran, Hamas and Hizballah. A rocket attack from inside Gaza this week that destroyed a home and injured seven people in central Israel has given Gantz a new opportunity to attack Netanyahu, who also serves as Defense Minister, and another chance to remind voters how many “terrorists” his army killed in Gaza.

Israel stands in a strong position not simply because Donald Trump bestows favors on its Prime Minister, but because a decade of change in the Middle East has boosted its regional standing and bolstered its security. 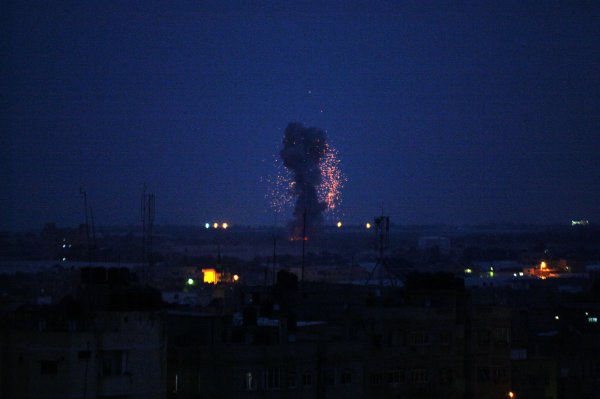 Hamas Condemned After a Violent Crackdown on Protests in Gaza
Next Up: Editor's Pick