Why Are There So Many Bunnies in Scary Movies?

Warning: This story contains spoilers for Us.

The opening credits of Jordan Peele’s Us features rows upon rows of cages filled with bunnies — a visual that’s both innocent and unnerving. The rabbits become a recurring symbol throughout the film, ranging from subtle (Adelaide’s daughter Zora played by Shahadi Wright Joseph wears a shirt with a bunny on it in an early scene) to creepily overt (Red cuts the head off of a stuffed rabbit in the family cabin) — no doubt, in part because of Peele’s belief that rabbits are terrifying creatures.

In an interview with the Guardian, Peele shared why the rabbits’ role was fitting for the film, noting their strong resemblance to the frightening shears that the Tethered use to hunt their human counterparts.

“They’re an animal of duality,” he said. “They’re adorable but they terrify me at the same time. And they’ve got those scissor-like ears that creep me out.”

Peele, who also used rabbit imagery to chilling effect in Get Out, elaborated on the duality of rabbits in an interview with Rotten Tomatoes.

“Rabbits, they’re supposed to be cute. On paper, they’re adorable, lovable rabbits,” he said. “Have you ever gotten close to a rabbit? You can tell in their eyes that they have the brain of a sociopath. If you put a rabbit brain in a human body, you have Michael Myers, the killer. They have no empathy.”

The presence of the rabbits in Us can be read in multiple ways; like Peele explained, rabbits are often symbolic of innocence and happiness, which, when presented as potentially scary or harmful, can be even more fear-inducing because it’s unexpected. Besides providing a visceral point of horror (since the Tethered eat the rabbits raw for sustenance), they’re also symbolic of many of the film’s themes. Rabbits have long been used in science for experiments, a clear parallel to the Tethered, a failed government experiment.

Likewise, rabbits’ rapid reproduction often represents rebirth, which could speak to the Tethered’s desire for a new life above ground. The rabbits’ association with life and reproduction can also be read as an response to the imminent death and violence in the film; a sort of back and forth reminiscent of Freud’s theories of life and death instincts. This duality also speaks well to the idea that the Tethered and their human counterparts are one and the same, a metaphor for the inherent darkness within all of us.

This idea of something innocent that can bring harm also explains why there’s been a longtime fascination with rabbits throughout the history of the horror genre. From Glenn Close boiling a bunny in Fatal Attraction to the menacing Frank the Rabbit in Donnie Darko to the campy killer bunny in Monty Python and the Holy Grail, there’s been no shortage of bunnies who accompany or even pose some serious threat, with the “killer rabbit” becoming a horror trope in and of itself.

“I think it’s playing with this idea of innocence; we have to think about how horror is always about cultural mores — I think it’s why we have films about scary kids, the idea of something you think is harmless and innocent, becoming something violent and scary and to fear,” Dr. Kinitra D. Brooks, the author of Searching for Sycorax: Black Women’s Hauntings of Contemporary Horror, tells TIME. “I think it deals with this idea of the shadow self, and what sort of instincts that brings out. It’s the idea of facing your clone, your tethered, your doppelganger and the will to live, to survive, with the family as each of them face and kill their own Tethered.”

Brooks explained that she believes that Peele was playing on classic horror themes, like the mad scientist, and giving them a remix, which provided an avenue for commentary on the roles of science and the government in the lives of Americans.

“Scientific research has been cloning bunnies and using them in labs for a very long time, so remember the Tethered were also part of a failed governmental experiment,” she said. “He’s connecting the scientific history, I think he’s having multiple conversations about the past sins of the U.S. government and ideas of reckoning with past sins. Remember, the Tethered, who eventually came to kill, ate the rabbits. They were lived on these science experiments, but they also lived on this false idea and construct of innocence, literally inhaling and consuming it. Sometimes this false idea of innocence can be a dangerous thing for us.”

For Peele, conquering his fear of rabbits seems to have come full circle; his subtle cameo in Us consisted of tapping into his inner darkness by providing the dying squawks of a bunny dying a horrific death in film. 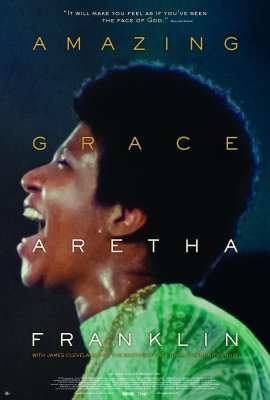