Why 'You Were At My Wedding Denise' Became the Internet's Catchphrase

You were at my wedding Denise is the internet's new favorite catchphrase.
Heidi Gutman—ABC/Getty Images
By Elaine Selna

Meghan McCain is a not one to shy away from defending herself and her fellow ladies on The View when someone tries to comment.

On Tuesday, March 26, Denise McAllister tweeted out a comment on an article about McCain and her coworkers about their show asking, ‘Can someone please explain to me the purpose of The View?’ She went on to call the women ‘delusional mental midgets ricocheting ignorance.’

After seeing this tweet McCain was swiftly replied to the comments with a now infamous tweet saying ‘you were at my wedding Denise….’ to remind her of their shared history.

McAllister tried to clarify her comments with a follow-up tweet saying she didn’t mean for the comments to be directed exclusively to McCain but ‘The View’ itself saying, ‘I don’t even know how you do it daily and my hat is off to you for standing strong in the midst of crazy.’

It didn’t matter that McAllister followed up because the internet was already so captured by McCain’s defense it inspired a whole new hashtag and trend that has taken Twitter by storm.

Even McCain loved how the internet has been inspired by the catchphrase and has encouraged others to use it for themselves. She has even posed it as a possible Real Housewives tagline.

Here are some of the best reactions to ‘you were at my wedding Denise….’:

In need of a new comeback? McCain has got you covered.

Someone even suggested she use this opportunity to create some good for the world.

Do not get on the other end of apple fritter doughnuts with this person.

Maybe even use the catchphrase for people who flake on plans.

Hopefully the catchphrase can others as happy as it did for this person. 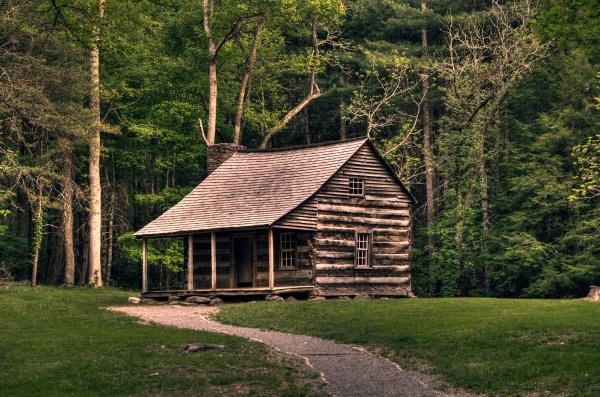 Man's Nightmarish Night in a Log Cabin Is Some Spooky Stuff
Next Up: Editor's Pick